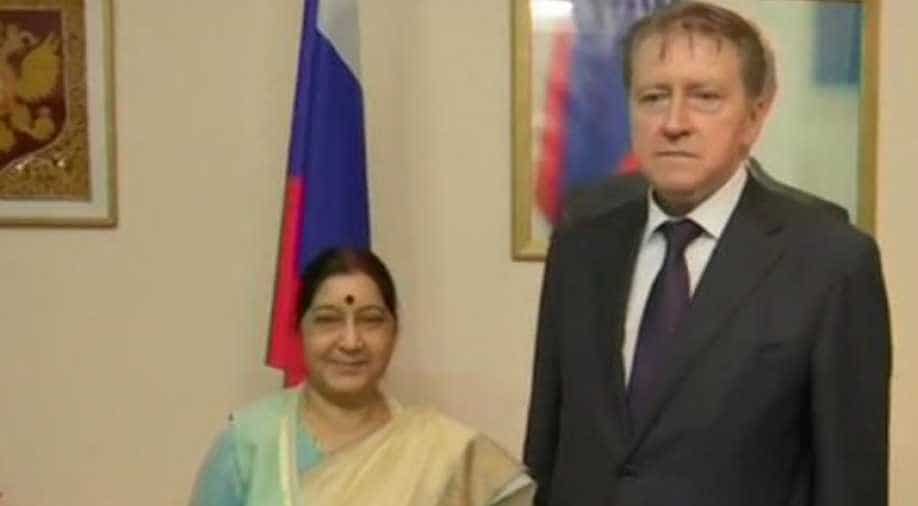 Russian ambassador Nikolay Kudashev has expressed deep sorrow over the demise of India's former external affairs minister Sushma Swaraj. In his message, the Russian ambassador said Swaraj will always "dwell in our hearts and memories".

"With a feeling of deep sorrow we came to know about premature passing away of #SushmaSwaraj. Please accept my deepest condolences on this irreparable loss of your predecessor, India's outstanding politician and diplomat," Kudashev said a statement to India's current Foreign Minister Dr S Jaishankar.

"She was well-known in Russia as a steadfast defender and promoter of international interests of India and its global power reputation. She was a sincere and true friend of Russia, greatly contributing to the strengthening of special and privileged strategic partnership. She will always dwell in our hearts and memories. May her soul rest in peace," he further added.

Swaraj, the 67-year-old BJP veteran, was taken to All India Institutes of Medical Sciences (AIIMS) on Tuesday night following a deterioration in her health. She passed away after suffering a cardiac arrest.

Watch: BJP's most prominent woman face passes away at age of 67

A team of doctors tried to revive her for 70 to 80 minutes but failed in their attempt. Swaraj was declared dead at 10:50 pm.

Swaraj was appointed the foreign minister in the first term of Modi government in 2014.

She opted out of the 2019 Lok Sabha elections citing health reasons.

During her tenure, the BJP leader had been active and popular on Twitter reaching out to the Indian diaspora in distress for assistance.

Shocking to see COVID-19 patients being turned down by hospitals: Kumaraswamy