Sunil Grover shares photos of his new show on Instagram 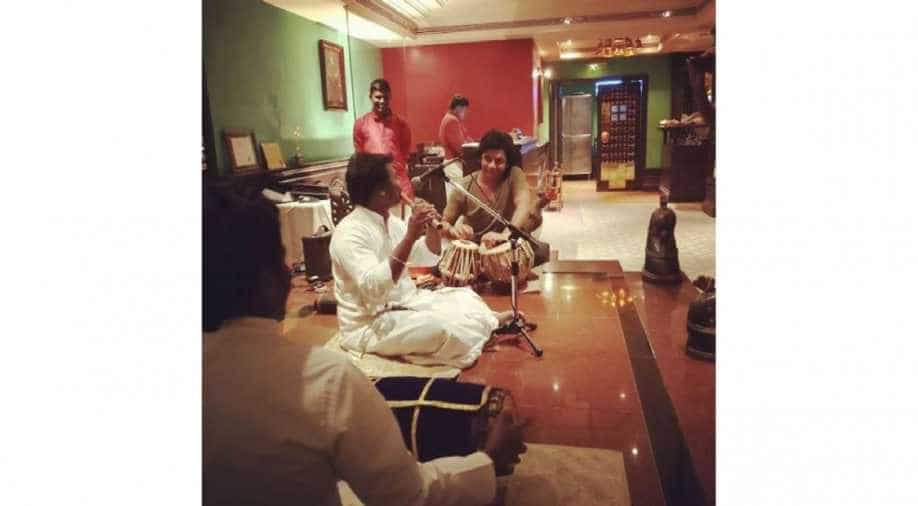 Sunil Grover is an Indian actor and stand-up comedian. He came into limelight for his portrayal as Gutthi on Comedy Nights with Kapil but gained immense popularity for playing the role of Dr Mashoor Gulati on The Kapil Sharma Show.

His bitter fight with Kapil Sharma grabbed headlines for the good part of 2016. Now that Sharma has started a new show, how can Grover be left behind?

Sunil Grover&nbspposted few pictures on social media from the sets of his new show. One photo has Grover selling vegetables. Several people believed that his post was an attack on Kapil Sharma’s new Sony TV show Family Time With Kapil Sharma.

On Tuesday, Grover shared yet another Instagram post where he is seen in a musician avatar. &nbspSunil can be seen playing the tabla. The&nbspcaption says, "Dhan Dhan Dhan".

Sunil Grover's fans were&nbspconcerned about his well being and wanted him to join Kapil Sharma back again for his upcoming show on Sony Television for which Sunil Grover replied that he never got a call for the same.

"If you have noticed I have not done a regular show since last year. I have either hosted award functions, reality show finale or done live events. I did not take up any regular show. I am not denying that Kapil didn't call me to return on TKSS, he even came home once and sent his two people to discuss work. But I was not mentally prepared to return to the show after the mid-air fight. I just want to clarify I am not targeting Kapil”, Sunil Grover was quoted as saying to news agencies.

While Kapil's new show aired earlier this week, one isn't sure yet when Grover's show will come on TV.