Students from Gujarat in India spot an asteroid heading towards Earth 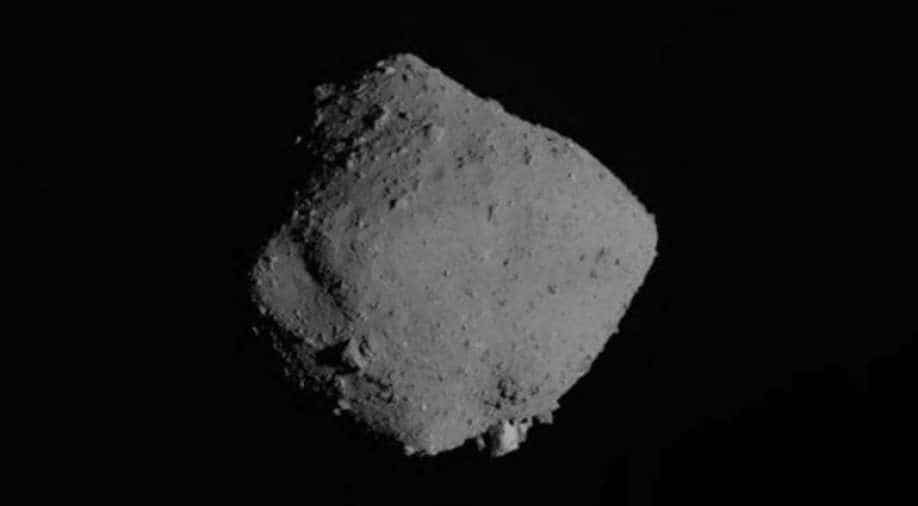 This handout photograph received by Jiji Press and taken by Japan Aerospace Exploration Agency (JAXA) on November 13, 2019 shows the asteroid Ryugu after Hayabusa2 departed its orbit around a distant asteroid and head for Earth. Japan's Hayabusa-2 probe l Photograph:( AFP )

The asteroid in question is shifting its orbit, which will eventually cause it to potentially cross paths with our planet

An asteroid which is slowly moving towards Earth was recently discovered by two Indian schoolgirls.

The asteroid in question is shifting its orbit, which will eventually cause it to potentially cross paths with our planet.

10th Standard students Radhika Lakhani and Vaidehi Vekariya stumbled upon the asteroid in the midst of a school project. They then named the asteroid HLC2514.

Project by Space India and NASA

Both the students are based in Gujarat’s city of Surat, on the eastern coast of India. They were working on a project by Space India and NASA. As part of this, students had access to telescopic images from the University of Hawaii when they then analysed.

Space India’s astronomer told CNN that the girls were able to identify the body using a software which analysed images captured by NASA’s PAN Star telescope.

The project began in June 2020. After the analysis was over, the details were sent out to NASA. Vekariya, 15, told CNN that on July 23 they had received an email from NASA which confirmed that they had spotted an asteroid heading for earth.

The girls were able to identify the object by being on the lookout for moving objects in the images.

Currently, the asteroid is circling Mars, and does not remain a threat to Earth. However, in over a million years, it will move closer to Earth. Even though it may not cause any harm to our planet, it still remains a potential hazard. The estimated distance between the asteroid and Earth a million years from now will still be more than 10 times the distance between Earth and the Moon.

Asteroids are small rocky objects that usually orbit the sun, but may change their course over time.

The student Vekariya told CNN that “this was a dream”, but suggested that they couldn’t celebrate because of the pandemic.