States advised not to use rapid testing kits for two days, need to be validated: Government 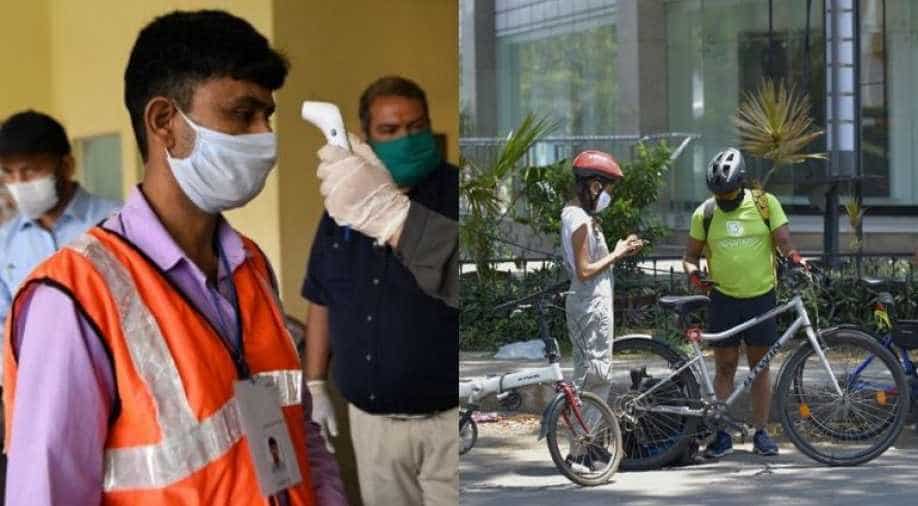 India's health ministry said today that there are 18,601 coronavirus cases in the country with 3,252 people having recovered from the virus including 705 people who recovered in the last 24 hours.

Explained: Can mobile apps aid the fight against coronavirus?

The health ministry informed that sixty-one additional districts from 23 States and Union Territories have not reported any fresh cases in the last 14 days. Four new districts have been included in the list which includes -Latur, Osmanabad, Hingoli and Washim in  Maharashtra.

Meanwhile, the Indian Council of Medical Research(ICMR) said that 4,49,810 samples have been tested so far with 35,852 samples test on Monday.

"It is a new disease, in the last three and half months science has progressed and developed PCR tests, five vaccines have gone into human trial phase out of 70 vaccine candidates," ICMR's R Gangakhedkar said.

"States have been advised not to use rapid testing kits for two days. A lot of variations, kits will be tested and validated by on-ground teams and we will give advisory in the next two days," Gangakhedkar asserted.

Rajasthan health minister said earlier that, "We didn't leave any procedural loophole. We kept in mind ICMR guidelines for testing. Still, it didn't meet the standards, so we stopped the rapid tests."

"We've written to ICMR that we won't conduct it as the accuracy is questionable. We're waiting for a reply," the minister added.

"Its accuracy was supposed to be 90 per cent but it turned out to be 5.4 per cent," he asserted.

The government informed that covidwarriors.gov.in has been created as a "master database" of healthcare professionals and volunteers with details of 1.24 crore human resources of various kinds been added to it already.

Details of coronavirus warriors in 20 categories and 49 sub-categories who can contribute to cCOVID-19 management efforts are available to states and union territories on the portal, it informed.