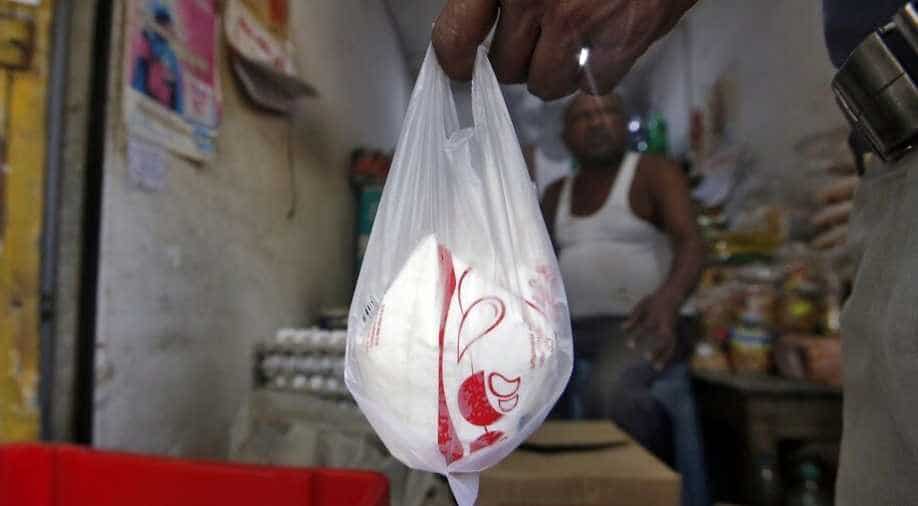 India is likely to impose a nationwide ban on plastic bags, cups, small bottles, straws and some types of sachets next month as part of PM Modi's efforts to reduce use of pollution-causing, single-use plastic.

Companies in India will seek exemptions from the government's planned ban on certain plastic items, fearing the move will disrupt supply chains and raise costs ahead of a festive season, according to sources and an industry document seen by Reuters.

India is likely to impose a nationwide ban on plastic bags, cups, small bottles, straws and some types of sachets next month as part of Prime Minister Narendra Modi's efforts to reduce use of pollution-causing, single-use plastic.

But the plans have stoked fears among consumer firms, which, use plastic in packaging for everything from sodas and biscuits to ketchup and shampoo.

"This has created an existential issue for multiple sectors," said the Confederation of Indian Industry (CII), a lobby group, in a two-page draft note, seen by Reuters, which is likely to be finalised and sent to the government in the coming days.

The CII will ask the government to consult industry executives and define what will be categorised as single-use plastics, while also pitching for some exemptions, according to the note.

It says small-sized plastic bottles used for pharmaceutical or health products should be exempted as there is no alternate available. Sachets made from so-called multi-layered packaging should also not be banned, as that could disrupt supplies of key products such as biscuits, salt and milk, the CII draft says.

A senior Indian government official said several industry representations were being reviewed, but the aim was to "get rid of the menace of plastic pollution" without causing disruption.

In an Independence Day speech on August 15, Modi urged people and government agencies to "take the first big step" on October 2 towards freeing India of single-use plastic.

India lacks a system for management of plastic waste, but environmentalists have hailed Modi's move, saying it will help combat plastic waste that chokes rivers and drains.

A ban on certain plastics from October 2, however, will come just weeks ahead of big Hindu festivals for which business plans are laid out far in advance because they typically see a sharp rise in consumer purchases.

Two industry sources said Amazon.com Inc, which uses plastics in its packaging, has been concerned that a possible ban could disrupt its operations ahead of festivities, and during its mega annual discount sale that starts September 29.

In recent weeks, executives from Coca-Cola Co, PepsiCo and consumer goods seller Hindustan Unilever have been part of industry delegations that met government officials to express concerns and discuss alternate packaging solutions, according to a person with direct knowledge.

Coca-Cola said in a statement that all its primary packaging does not consist of single-use plastic. Pepsi said its target was to make 100 per cent of its packaging recyclable, compostable, or biodegradable by 2025. Hindustan Unilever did not respond to a request for comment.

Amazon did not respond but has previously said that it plans to replace single-use plastic in its packaging by June 2020.

"The ban has ramifications for all sectors like food processing, dairy, garments, toys," said Jayesh Rambhia of All India Plastic Manufacturers Association, which has 22,000 companies as members. "People, and companies are pulling their hair today."