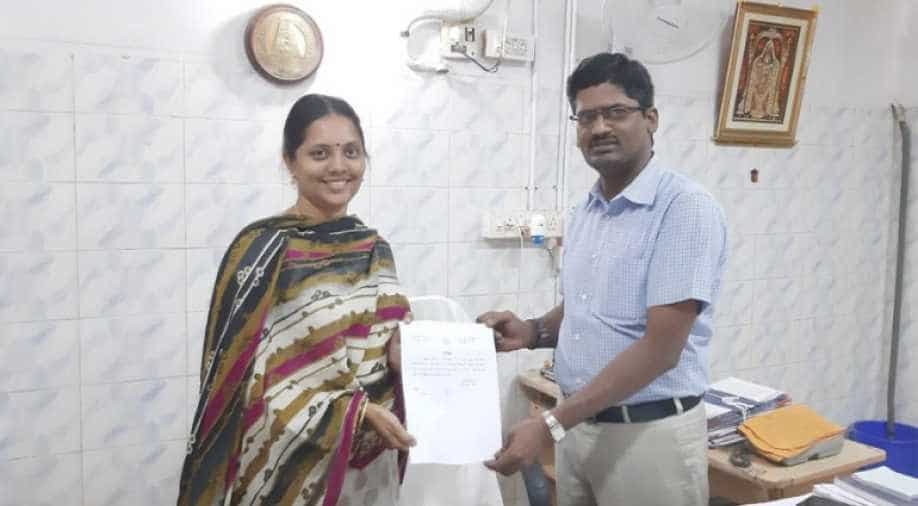 Sneha (35) claims that she is the first person in India to receive an official certificate as she does not belong to any caste or religion.

A post on her Facebook wall reads, “Received a No Caste, No Religion Government certificate”. This post is followed by innumerable congratulatory posts by her friends and colleagues.

This is the profile of 35-year old Sneha Parthibaraja, an advocate based out of Tirupattur in Tamil Nadu’s Vellore district. But there is an interesting tale behind this certificate, which leads us to her childhood.

She is the eldest daughter of Aanandkrishnan and Manimozhi, an inter-caste couple who got married without following any wedding rituals or traditions. As opposed to the tradition of using the first letter of the father’s name as one’s initial, she carries the first letters of her mother’s and father’s names respectively. Hence she is M A Sneha.

Her first brush with caste and religion was in school. While she was in her First standard, the school authorities questioned her parents about her caste, when they replied that she had none. They asked for her religion, to which they again replied in the negative. This trend continued all through her formative years, even during college, she had left the Caste and religion columns blank, while filling up the application forms. Speaking to WION she said, “our friends and relatives have always supported this way of life and I was considered a role model in school.” 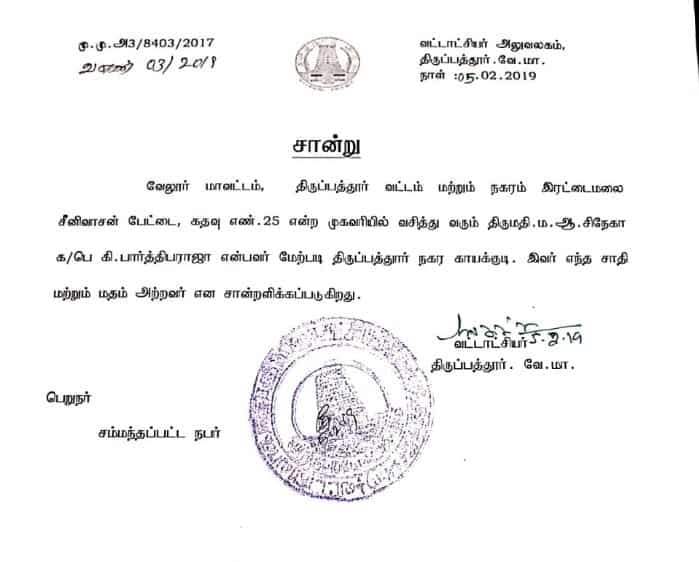 This upbringing wasn’t just limited to her, her younger sisters Mumtaj Suriya and Jennifer were also given names that belonged to different faiths. Sneha added that this upbringing wasn’t without challenges and taunts, their family would often get asked how they would get the girls married off and how they would avail reservation benefits without a caste certificate or faith in religion. Despite all of it, Sneha followed her parent's footsteps, she married Professor Parthiba Raja, in a ceremony sans religious and caste based-rituals. 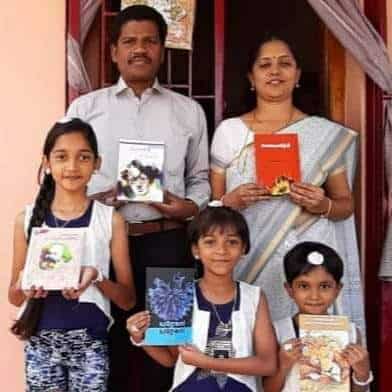 The couple has three daughters, Aathira Nazreen, Aathila Irene and Aarifa Jessy who have been named in a manner that transcends religion and caste identities. She may be an outlier in a society that demands Caste certificates almost everywhere, but her strong belief in the ideals of Karl Marx, Dr Ambedkar and Periyar has been the prime motivation.

On realizing that there are certificates for those that follow the caste system, but none for those like Sneha who do not follow either religion or caste.

That’s when the quest for a ‘No Caste, No Religion’ Certificate began. In her struggle for the certificate, she was faced with Government officials who claimed that they lacked the power and authority to issue such a certificate.

Sneha said that between 2010-17 she had given 5 requisition letters to seek the Certificate, but all of them went in vain. The scenario changed when she finally applied for a community certificate by following due procedure via the Village Administrative Officer and Tahsildar, while also explaining her objective.

But all of her efforts attained fruition on February 5th when the Tirupattur Tahsildar TS Sathiyamoorthy issued the certificate on 5th February.

“I see this certificate as a recognition of the system that we have been following as a family”, she told WION.

However, she also clarifies that they are in no way against the reservation system. She believes that Reservation has been a boon for the oppressed castes. Our battle is against oppression but not caste reservation, she adds.

Speaking about the certificate, her husband Parthiba Raja said, “This system of not following religion or caste is what brought us together in life. From a young age she has been fighting this battle, now we are delighted that she has got formal recognition. We have also been getting calls and queries from like-minded people on how they could apply for this certificate”.

He adds, “We want a caste-free society that accepts people as they are. We are for social justice. Until we have a truly caste-free society, the oppressed people must assert their caste identity and avail reservations and better opportunities.”

Sneha’s feat has gained more traction after Actor-turned politician Kamal Haasan tweeted out a picture of her and congratulated her. Since then wishes have been pouring in from social media platforms, hailing her revolutionary step. As word spreads about this unique and unprecedented development, many more applicants could follow suit.