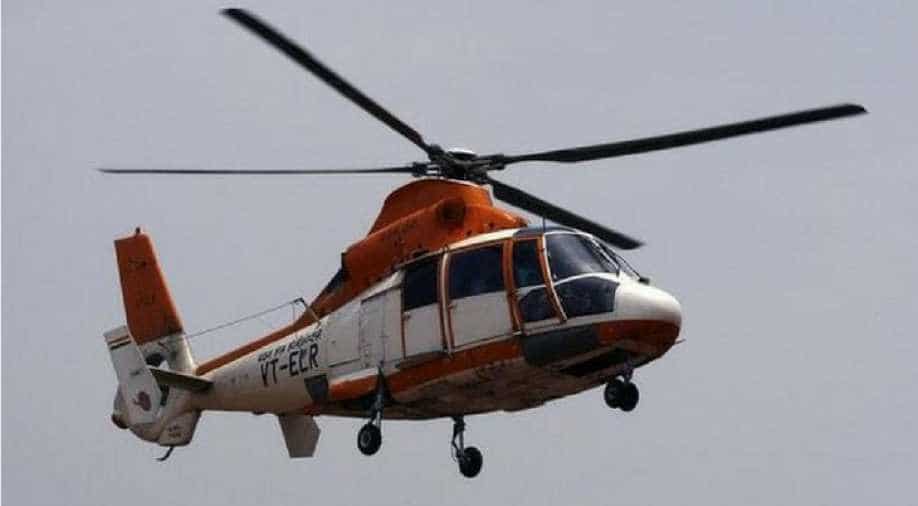 A Pawan Hans chopper carrying six senior officials and two pilots crashed on the Mumbai coast on Saturday, six bodies have been recovered so far.

Search operations are still on for the one body that is still missing.

"Out of six bodies, five has been identified. The search for one missing is still underway", a senior police inspector said.

Officials have informed that the six bodies had been brought to the Cooper hospital for postmortem.

The Pawan Hans helicopter with five ONGC officers, including three of the level of Deputy General Managers, went missing around 10.40 hours today.

The chopper, bearing registration number VT-PWA, was scheduled to land at the designated oil rig at Mumbai High at 11 am. Five employees of state-owned Oil and Natural Gas Corporation (ONGC) and two pilots were onboard the chopper.

The cause of the tragic incident is still unknown.