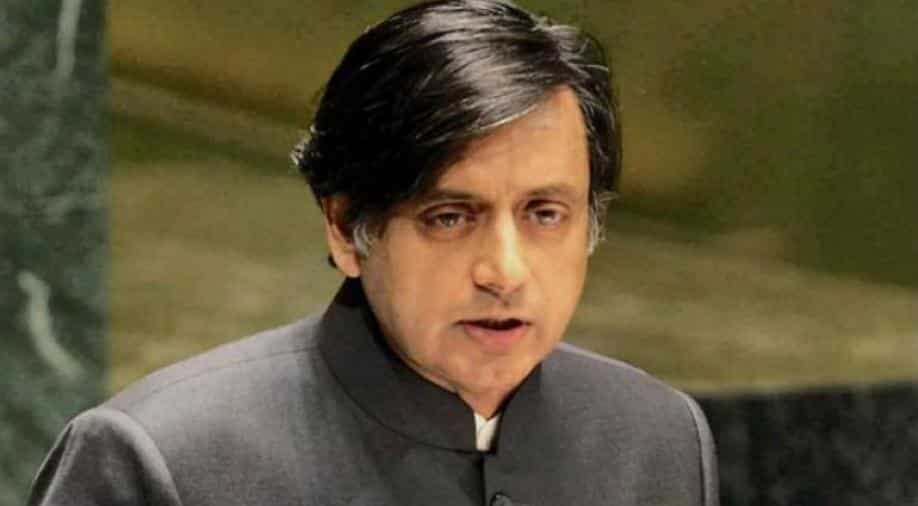 Political leaders have often suffered from foot-in-mouth disease but when an articulate Shashi Tharoor makes bad puns, it raises eyebrows. The Congress party member on Sunday made a faux pas as he took a jibe at government's demonetisation scheme by making a poor pun on the newly crowned Miss Wolrd Manushi Chhillar.

The politician tweeted, "What a mistake to demonetise our currency! BJP should have realised that Indian cash dominates the globe: look, even our Chhillar has become Miss World!"

What a mistake to demonetise our currency! BJP should have realised that Indian cash dominates the globe: look, even our Chhillar has become Miss World!

Soon enough, Twitteratis called out Tharoor's tweet and the politician was criticised for his insensitive tweet. Tharoor was quick to issue an apology and explain his tweet.

Guess the pun IS the lowest form of humour, & the bilingual pun lower still! Apologies to the many who seem to have been righteously offended by a light-hearted tweet today. Certainly no offence was meant to a bright young girl whose answer i've separately praised. Please: Chill!

What a terrific answer by this bright young woman -- a real credit to Indian values! #missworldmanushi https://t.co/0gCQxlqD5L

The National Commission of Women (NCW) said it will summon the Congress leader for  his 'derogatory and degrading' tweet on newly-crowned Miss World 2017 Manushi Chhillar.

NCW condemn the tweet of @INCIndia leader @ShashiTharoor. He degraded the achievement of daughter of #haryana and #India who got glory to the country. Will he call his own daughter chillar? He must apologize immediately. https://t.co/WD6q49vUo8

Tharoor's tweet also irked FTTI Chairman, actor Anupam Kher who asked Tharoor why his standard had gone down so much.  Sambit Patra, the National Spokesperson of BJP, wondered if it was really Tharoor who had tweeted such an incensitive comment and demanded an apology from the leader.

Is it real tweet of Sh Tharoor?
This is ridiculing the great achievement of Ms Chhillar!
Repeat of “Cattle Class” comment?
Should apologise demeaning a Haryana Surname! https://t.co/6yUEJZVbrX

Interestingly, this is not the first time that Tharoor has landed himself in a controversy on Twitter. Back in 2009, Tharoor had tweeted in a reply that he would travel "cattle class" in solidarity with all our "holy cows." The comment had sparked a political outrage and the Congress had disapproved the comment from the party podium.