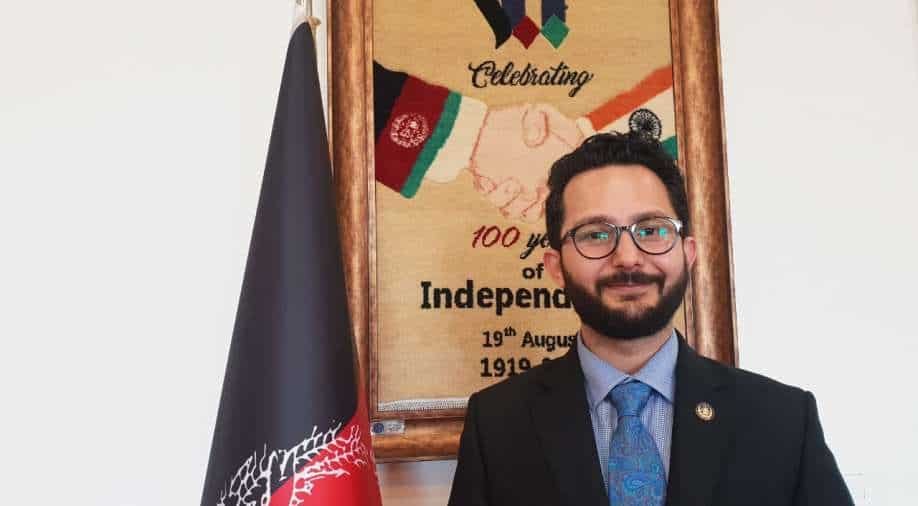 Leaders of both countries PM Modi-Afghan President Ashraf Ghani held a virtual summit today during which the agreement on the Shahtoot dam was announced.

Leaders of both countries PM Modi-Afghan President Ashraf Ghani held a virtual summit today during which the agreement on the Shahtoot dam was announced. This was the first virtual summit of PM Modi this year.

Speaking to our Principal Diplomatic Correspondent Sidhant Sibal, Tahir said, "bond between the 2 countries are "organic" and both have been "standing by each other through thick and thin of time". India on Sunday sent 500,000 India made covid vaccines to Afghanistan which Tahir said was "highly appreciated in Afghanistan and this will help us to jointly tackle the pandemic".

Amid the pandemic, India sent 75000 MT of wheat to Afghanistan and crucial medicines like HCQ and paracetamol. In fact, Quoting Sher Khan, an Afghan character from Zanjeer film, Tahir described India Afghan ties as "Yaari hai, iman hai mera, iman hai meri Zindagi--Friend is my faith, faith is my life." He also spoke on the Afghan govenment's expectation from the Biden adminstration, the issue of terror and connectivity.

WION: What will be the key focus of the India Afghanistan virtual meet?

Tahir Qadiry: We have been looking forward to a long time now and because of the pandemic it did not materialize. India has announced another big project they have on Afghanistan - the Shahtoot dam. After the Salma dam, it is the biggest project of India in Afghanistan. Around 2 million people in Kabul will benefit from drinkable water. If you know about Kabul, it is a cosmopolitan city made for a couple of hundred thousand people, but now more than 6 million people are living here. So as a result, this will be a very vital project for the residents of Kabul.

WION: What will be the key function of the dam?

Tahir Qadiry: These projects are hallmarks of the friendship and the bond which India, and Afghanistan have! What India did in Afghanistan was a couple of things, for democracy, they build the house of Parliament, for infrastructure, they built the Salma dam and now the Shahtoot dam is happening. Along with, sports, soft power, students exchanges, this dam comes at a very important juncture.

WION: How has been ties been, the overarching point of convergence between India and Afghanistan?

Tahir Qadiry: The bond is organic with two countries standing by each other through thick and thin which speaks for itself. During a very difficult time of the pandemic and during the lockdown, we were given the chance to sent 15,000 Afghans back home.

It would have not happened without the help of India. The air bubble we have now direct daily flights to Kabul and Mazar-e-sharif. It is again a signal of friendship while India is again close to a lot of countries and it is open to Afghanistan.

WION: And Vaccine diplomacy is one key point of convergence...

Tahir Qadiry: Afghanistan was the first recipient country to receive 500,000 doses of Made in India vaccine and it has been highly appreciated in Afghanistan and it will help us to jointly tackle the pandemic.

This was not actually the first time, both countries did such a giant thing. During the very hard time of the pandemic, India sent Afghanistan 75,000 MT of wheat, in case Afghanistan faced insecurity for food.

At the same time, they sent critical drugs as well, like HCQ, Paracetamol, and masks. They were gifted by the Indian government. Under the neighbourhood first policy, they have sent 500,000 doses of the Made in India vaccine.

In his statement, President Ghani has said the vaccine should be allocated and prioritized for Afghan security forces and for frontline workers, working in hospitals and others. It is quite timely, at a time when everyone is trying to access the vaccines, Afghanistan has been one of the first countries to receive it, it has been appreciated in social media too.

Tahir Qadiry: As part of my trip, I have been travelling around to many states, one particular place which I really loved to go was Ajmer Sharif because we have a common history there.

Mu'in al-Din Chishti came from Herat in the 12th or 13th century and he travelled all the way and resided there.

So I always wanted to go there, according to my good friend, Salman Chishti Sahib, he said, when I went here, he said, normally Ajmer calls someone. It took me a couple of hours to go there, the magnificent Dargah, a lot of people were holding prayers and we had a very good tour of the Dargah too. We had qawwali there, which is part of it.

Chishti Sharif, one of the common things they connected is via music. Qawwali, which they did for us too and we did our Duas. I got a praying bead from there as a holy thing, and you know, again getting back to cultural ties we had, it has been portrayed in a lot of senses, and you know recently I wrote an article, there was a character, Sher khan. Sher Khan was a character of an Afghan in Zanjeer film, where he talks about this bond, Yaari hai, iman hai mera, iman hai meri Zindagi--Friend is my faith, faith is my life. I think that is the kind of picture that symbolizes the relationship between India and Afghanistan.

WION: We have a new president in Washington. President Joe Biden. What is the key expectation of the Ghani government from him?

Tahir Qadiry: There have been lot of contacts between our government and the new US administration.

Some positive signals have been there. There have been at least three things, the US commitment to Afghanistan, which is very important for all of us because they have invested in blood and treasure, the international community, especially the US and European countries.

It is very important to stay committed to Afghanistan. They have reaffirmed. Second is a review of the Taliban-US agreement because we believe that the Taliban has not stood by the agreement and they have not been delivering at a time we have been negotiating with them, they have been increasing violence in Afghanistan.

They are actually resorting to targeted attacks of the civil society activist, journalists, politicians, and on average we had 50 attacks across Afghanistan. They have been attacking schools, hospital wards, and university students including the attack at the university in Kabul.

At such a time, it is good news that the US will be reviewing it and the third is regional consensus because without the regional consensus, we believe we cannot have enduring peace and we need to bring all our neighbours to the same table. we need to persuade every one peace in Afghanistan is peace for the region because geographically we are in such a location that is called the heart of Asia that if there is peace in Afghanistan, we can become the region's hub where goods and money, and ideas will flow.

WION: How have been the connectivity projects going, the air corridor, the Chabahar.

Tahir Qadiry: Connectivity is one of the ambitious plans our govt has had, and we have materialized it in many ways.

Now, Afghanistan is no more called a landlocked country, but a land bridged country. So air corridor is one of those ambitious projects, Chabahar is a strategic point for all the three countries - Iran, Afghanistan and India.

Quite soon we will have the Quad meet of all the four countries. They will take it forward. I'm happy to see India investing. The recent visit by Joint secretary in MEA to Chabahar where they delivered the crane and these are all good signs.

Regarding, saffron, we have seen a 23 per cent increase in export to India. When it comes to connectivity, it is our dream project that we want Afghanistan to change that area that can connect the two parts of the world.

WION: Lastly, terror has been something which concerns everyone from Kabul to Delhi. A recent US report said Pakistan Taliban has been shielding Al Qaeda. Your reaction...

Tahir Qadiry: Cross-border insurgency is something we all have been suffering from. It has been the call of the Afghan government to different countries and our neighbours that we need to join hands to fight terrorism.

At the end of the day, we all will be the victims of the war, and let me point to the US treasury dept's saying that the Taliban has not cut ties with Al Qaeda so again it is concerning for us that we are fighting at the forefront of fighting terror in the world. It has been the reason why our FM has been travelling around, and the president has been calling different countries to forge this regional consensus so that everyone is convinced that peace in Afghanistan has been peace in the region. If we have peace in Afghanistan, the region will have move towards prosperity.