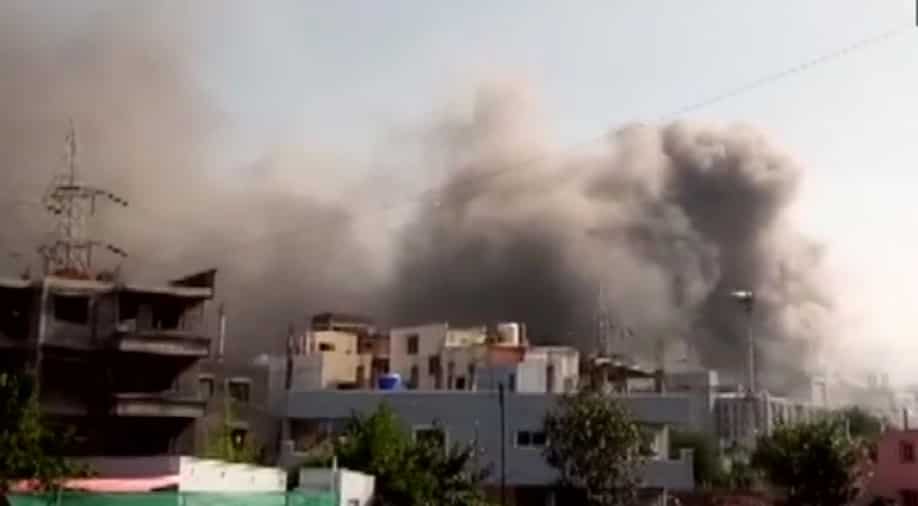 The fire at Serum Institute of India on Thursday damaged top two floor of the building, Five workers were killed

Three Maharashtra government agencies launched a probe into Serum Institute of India fire on Friday. The fire at the world's largest vaccine manufacturer killed five workers. SII is manufacturing coronavirus vaccine developed by Oxford University and Astrazeneca. The probe into SII fire will be carried out by top officials in the probe agencies.

The fire at SII on Thursday damaged top two floor of the building that is located in SEZ 3 area.

Devendra Potphode, Chief Fire Officer, PMRDA, said officials from the planning and development authority, PMC, and MIDC have come together to ascertain the cause of the fire in the building.

"As we are seeing today, the entire floor (4th and 5th) has been damaged. We are trying to ascertain the cause of the fire as well as how the fire spread," said Potphode.

Several types of equipment were damaged in the blaze, he said.

The PMRDA officer refuses to comment on the cause of the fire.

Santosh Warrick, Chief Fire Officer, MIDC, also said it is difficult to comment on the cause right now.

"We have started the probe. Our scope of investigation is to check how the fire broke out," said Prashant Ranpise, PMC's fire department head.

A team of forensic experts reached the spot and conducting their probe, said another official.

The Manjari facility is where Covishield, the SII vaccine against COVID-19, which is being used in the nationwide inoculation drive against the infection, is made.

The building where fire broke out is one km from the Covishield vaccine manufacturing unit.