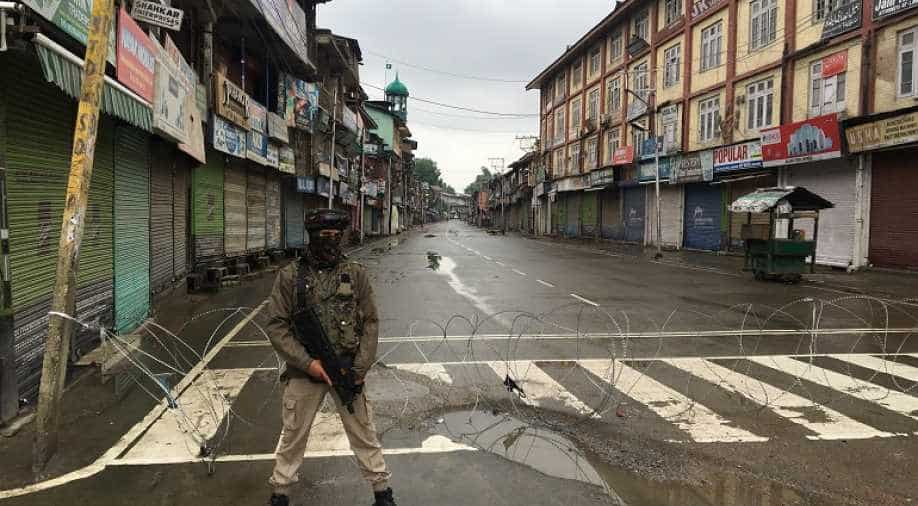 A cabinet meeting will be held on Monday to assess the law and order situation amid security build-up in the Valley.

Mobile internet services have been suspended in Jammu and Kashmir(J&K) and all educational institutes have been shut in Srinagar until further orders with the government imposing section 144 in the state.

According to section 144, "any pre-planned congregation/sudden unforeseen congregation of ritualistic nature shall be conducted with the prior approval of the District Magistrate.". The order means gathering of more than four people has been barred in the state.

A cabinet meeting will be held on Monday to assess the law and order situation amid the security build-up in the Valley. Mobile and internet services were partially suspended in Kashmir Valley on Sunday.

On Friday, the Army had said that Pakistani terrorists were plotting to carry out an attack on the ongoing Amarnath Yatra and that the security forces had recovered a Pakistan Ordnance Factory anti-personnel mine from a terror cache.

In a joint press conference, the forces displayed an M-24 sniper rifle, anti-personnel landmines recovered from the Pakistani Army along with a telescope from a terror cache along the Amarnath route

Subsequently, the Amarnath yatra was cancelled and tourists were ordered to leave.

The Indian Air Force carried out sorties and removed over 320 tourists out of Srinagar after the government said that there was an intelligence input of terror threats which could target pilgrims and tourists.

During the press conference, J&K police chief Dilbag Singh said that reinforcing the number of forces in the Valley was to bridge the gap to deal with the law and order situation and also to give rest to some of the armed forces present in the Valley.

At least 35, 000 paramilitary forces have been deployed, according to reports. The Army said there was a spike in infiltration bid across the line of control(LoC) with reports indicating that infiltration bid by the Pakistan army was foiled.