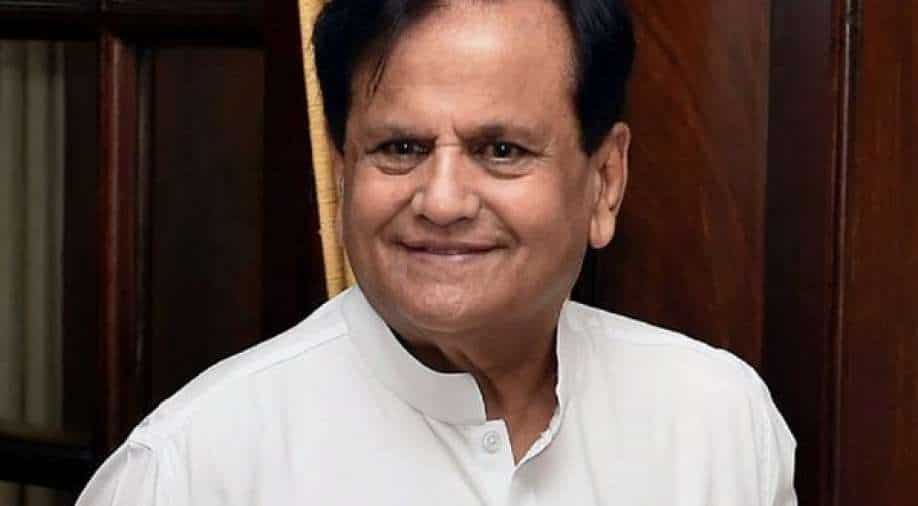 Author and journalist Rasheed Kidwai met Patel and asked him the question on many a mind.

"Secrets will travel with me to my grave".

That was Congress leader Ahmed Patel's matter-of-fact response a few months ago when asked if he would pen his memoirs to share his experiences as the party insider with a finger on its power buttons.

Patel, who died on Wednesday at a Gurugram hospital where he was admitted with COVID-19, could have been the tell-all leader offering insights and information with his inside view of the workings of the Congress and the political world.

But he would have none of it.

Author and journalist Rasheed Kidwai met the Congress' trusted backroom strategist and troubleshooter at his 23, Mother Teresa Crescent residence after the lockdown and asked him the question on many a mind.

"We had a freewheeling chat about the Congress and politics, and I asked him why don't you pen your memoirs as it will be a treasure trove of information to which he responded, "The secrets will travel with me to my grave'," Kidwai told PTI.

Kidwai who has authored several books, including "24 Akbar Road: A Short History Of The People Behind The Fall And Rise Of The Congress", added that Patel had gone too soon.

Kidwai described Patel -- Rajya Sabha MP, AICC treasurer and Sonia Gandhi's political secretary, as the man for all seasons for the Congress.

He said Patel, both crisis manager and consensus builder, was never one to hold any grudges, citing how he stitched an alliance with the Shiv Sena in Maharashtra despite the party making grave allegations against him in the past.

He was also a devout Muslim and interestingly would switch mosques every week for Friday prayers because Congress ticket seekers would queue up outside if he went to one mosque regularly.

Babubhai and AP to friends and Ahmed Bhai to colleagues, Patel remained Sonia Gandhi's most trusted lieutenant for most of her tenure as the longest serving Congress president, standing by her side through sun and shade.

Sonia Gandhi said she has lost an "irreplaceable comrade, a faithful colleague and a friend".

According to political analysts, Patel was privy to innumerable party secrets, anecdotes and internal decision making.

Patel, who kept a low profile, was the quintessential organisation man who had an unflappable temperament and was a very effective crisis manager and troubleshooter, senior party leader Jairam Ramesh said as tributes for the veteran politician and eight-term MP flowed in.

Patel's importance in the Congress dates back to the days of the late Rajiv Gandhi.

When Rajiv Gandhi became prime minister, he did away with the post of principal secretary to the PM which his mother Indira Gandhi had created for PN Haksar and appointed three parliamentary secretaries -- Ahmed Patel, Arun Singh and Oscar Fernandes.

The trio -- a photograph of them taking oath as parliamentary secretaries did the rounds on social media on Wednesday -- was famously referred to as Amar, Akbar, Anthony'.

Just three months ago, in August, Patel had stepped in to quell a rebellion.

His firm rejection of the public stand taken by 23 party leaders against Sonia Gandhi helped the Congress Working Committee snub the demand for replacement of a Gandhi as party chief and repose faith in her presidency after she offered to quit.