Saudi Arabia agrees with India that Pak should act on terror, create atmosphere for talks: Sources 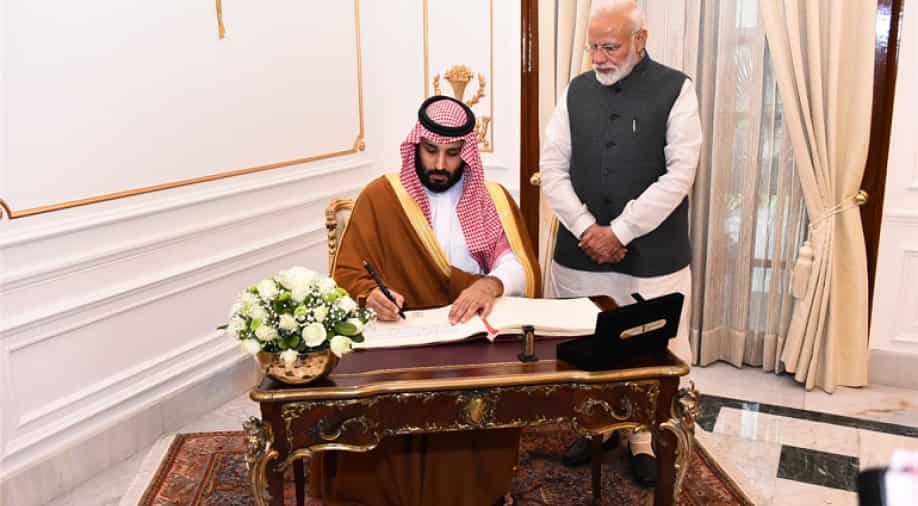 Even as India Saudi Arabia joint statement called for "need for creation of conditions necessary for resumption" of India Pakistan dialogue, WION has learnt that Riyadh agrees with India that it's Islamabad which has to create a conducive atmosphere for dialogue.

Sources told WION that, "Pakistan has to create a conducive environment for the talks, that means they have to denounce terrorism and Saudi Arabia agreed with this on India. And there was no ambiguity"

Modi government's official policy on talks with Pakistan has been that talks and terror cant go together.

The Saudi prince indicated an understanding of the threat India is facing.

In the aftermath of the Pulwama attack that killed over 40 CRPF personnel in Jammu and Kashmir last week, New Delhi's focus has been the isolation of Pakistan and for that, it's has been briefing foreign envoys about the country's involvement in the terror attack.

Saudi Arabia and India will be starting joint Naval exercises this year as part of defence cooperation.

Both sides have agreed to cooperate and collaborate in joint defence production of spare parts for Naval and Land systems in line with ‘Make in India’ and ‘Vision 2030’.

On the business front, the source told WION, the $ 100 billion earmarked for India shows confidence the West Asian enjoys in the "Indian growth story", adding further that "India can be the centre of there investment in the region particularly petrochemical"

50 Saudi entities were present at the India Saudi business forum which met on Wednesday.11 MoUs were signed during the forum meet with the crown prince meeting a select group of CEOs.

At Rashtrapati Bhawan, speaking to media after the ceremonial reception on Wednesday, Crown prince described PM Modi as "elder brother" and said, "I am his younger brother, I admire him"