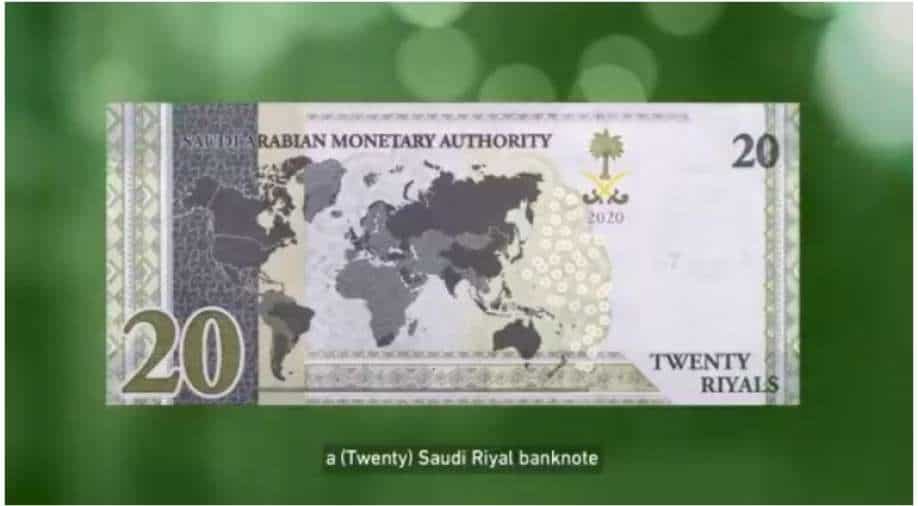 'I would like to further reiterate that entire Union Territories of Jammu and Kashmir and Ladakh are integral parts of India,' Anurag Shrivastava said

Saudi Arabia is acting on Indian concerns over a new currency note that incorrectly showed India's external territorial boundaries as Union Territory of Jammu and Kashmir and Ladakh were shown as a separate entity and while Aksai Chin as part of China.

The action includes no circulation of the note and withdrawing it soon as well. The 20 Riyal note was issued by Saudi Arabia, to mark its role of host of the G20 grouping this year.

A few weeks ago, the ministry of external affairs spokesperson Anurag Shrivastava, in his weekly virtually presser, in response to a question said, "We have conveyed our serious concern to Saudi Arabia for this gross misrepresentation of India's external territorial boundaries on an official and legal banknote of Saudi Arabia" and have "asked the Saudi side for taking urgent corrective steps in this regard."

"I would like to further reiterate that entire Union Territories of Jammu and Kashmir and Ladakh are integral parts of India," he added.

India conveyed its strong concern via Saudi Ambassador in New Delhi as well as at Saudi Arabia's foreign ministry in Riyadh. Saudi Arabia's Monetary Authority had issued the new note on October 24.