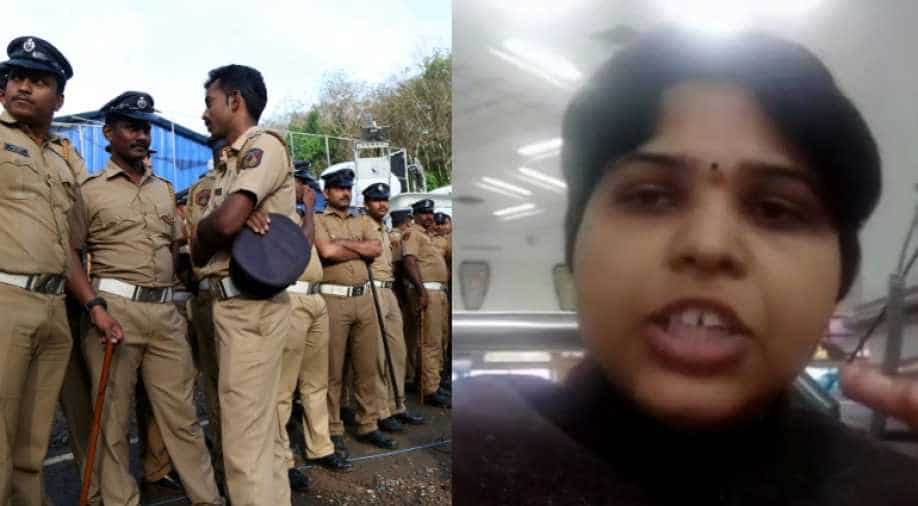 The Sabarimala temple will reopen at 5 pm today for the two-month-long annual pilgrim season.

With just a few hours remaining in Sabarimala Temple's reopening today, security has been beefed up in areas around Sabarimala. Authorities have imposed section 144 of Criminal Procedure Code in the towns of Nilakkal Pamba, and Sannidhanman as a precautionary measure.

The Sabarimala temple will reopen at 5 pm today for the two-month-long annual pilgrim season. The temple is opening for the third time since the Supreme Court lifted the age-old ban on entry of women in 10-50 age group, however, no girl or woman in the restricted age group has been allowed to offer prayers so far following stiff resistance by devotees and activists, opposing any change in the temple traditions.

According to a report by ANI, over 15,000 personnel, including women police personnel and 860 women civil police officers, have been deployed for the season, when lakhs of devotees from different parts of the country are expected to throng the shrine.

State director general of police Loknath Behara said that security has been doubled at Sabarimala and nearby areas for the season, compared to the previous two occasions when the temple opened last month and early this month.

Meanwhile, social activist Trupti Desai who has vowed to enter Sabarimala arrived from Pune early in the morning today. Since then she has been kept inside the airport following the agitation staged by large number of protestors gathered outside the airport.

Upon reaching the airport, she faced a protest by hundreds of people chanting Ayyapa hymns gathered outside the Cochin International Airport.

One protester even said that they would not allow Trupti to go outside the airport even if police kill him, ANI reported.

Trupti Desai has also said that she booked a taxi a few times but agitators have threatened the drivers that "their vehicles will be vandalised if they offer to drive her."

"We reached Cochin airport at 4:30 am. Protests were being held outside. We booked taxi 2-3 times but drivers have been threatened that their vehicle will be vandalised if they offer us a drive. Police have said that we can't go outside now," ANI quoted Trupti as saying.

She further said that she will not return until she offers her prayers at the temple.

"Police tried to evacuate us from another gate but protesters were there as well. Protests being held here. Does this mean protesters are scared that we'll reach Sabarimala once we reach Nilakkal, or, are they trying to scare us? We won't return until we have 'darshan' (prayer offering)," she added.

Police tried to evacuate us from another gate but protesters were there as well. Protests being held here. Does this mean protesters are scared that we'll reach #Sabarimala once we reach Nilakkal, or, are they trying to scare us? We won't return until we have 'darshan': T Desai pic.twitter.com/AeevWB5gZu

Trupti on Wednesday had written a letter to Kerala chief minister Pinarayi Vijayan, stating that she would not leave the state if she was not allowed to enter the Sabarimala Temple and had also asked for security during the visit.

To attain a common ground on the Sabarimala row, Kerala chief minister Pinayri Vijayan had called for the all-party meeting on November 15th.

However, the opposition parties in the state -- Congress and the BJP -- walked out of the meet.

On 28 September, the Supreme Court had quashed the age-old ban on entry of menstruating women into the temple, by allowing women of all ages to worship at the shrine. This is the third time that the temple will open after the top court lifted restrictions.

So far 3,505 protesters have been arrested and around 529 cases registered in connection with a series of incidents of violence in the state after the opening of the temple gates in October.