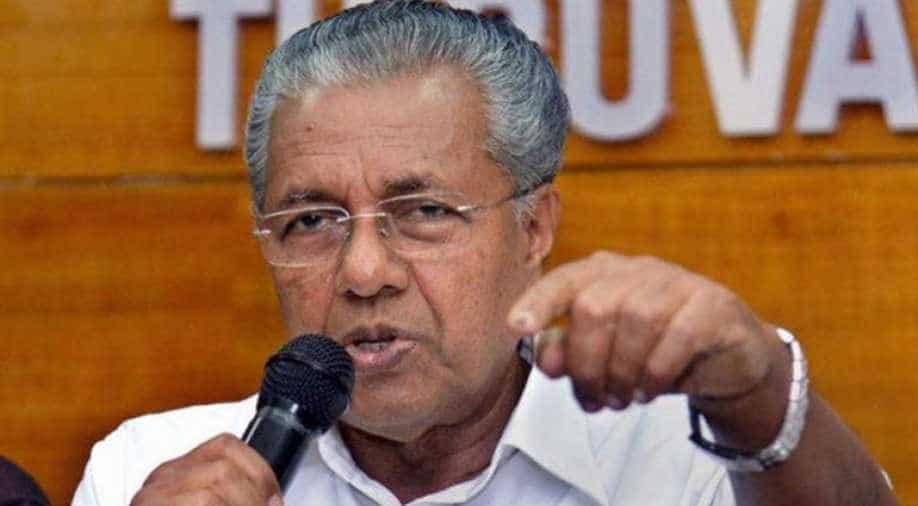 The Kerala all-party meet on the Sabarimala imbroglio ended Thursday with the Congress and BJP walking out of the meeting.

The Kerala all-party meet on the Sabarimala imbroglio ended Thursday with the Congress and BJP walking out of the meeting.

After the nearly three-hour long meeting, dubbed a 'farce' by the opposition, Chief Minister Pinarayi Vijayan said his government was duty bound to enforce the court's September 28 verdict allowing women of all ages to pray at Lord Ayyappa hill temple.

"The government has no other option as Supreme Court has made it clear that the September 28 verdict has not been stayed, which means women in the 10-50 age group have the right to visit the Sabarimala temple," Vijayan told reporters.

News reports however quoted Kerala Vijayan as wondering whether women could visit the temple on separate days from men. "This needs to be discussed," he said.

The all-party meet was convened by Vijayan in the backdrop of state-wide protests by devotees after the Supreme Court ended an age-old ban on the entry of women in the 10-50 age group.

The opposition Congress-led United Democratic Front and the BJP staged a walkout from the meeting convened two days ahead of the temple's opening on November 17 for the two-month long pilgrim season when lakhs of devotees are expected to throng the shrine.

Leader of the Opposition in the state assembly Ramesh Chennithala accused the government of being adamant, while BJP state President PS Sreedharan Pillai said the meeting was a "waste of time".

Both the BJP and the Congress have led the protests against the Supreme Court verdict.

We must ensure that women during periods don't come to #SabarimalaTemple. Since SC order is there,Govt can't do anything directly legally. So,CM is saying you can take action not to allow women&advise them not to come: Pandalam erstwhile royal Shashi Verma after meeting Kerala CM pic.twitter.com/nXOsfgka0a

Meanwhile, the erstwhile Pandalam Royal family, associated with the temple, told Vijayan that there was no change in its stand with regard to the rituals and traditions of the shrine and that it was against the entry of young women.