Remembering Ustad Bismillah Khan, master of the shehnai, on his 102nd birthday 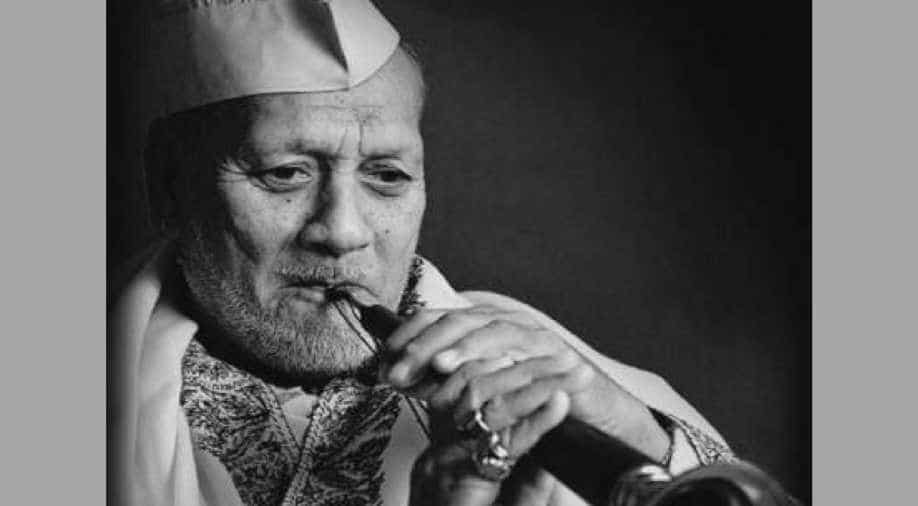 Born Qamaruddin Khan on March 21, 1916, Ustad Bismillah Khan singlehandedly provided the shehnai — he was a master of the instrument — with a global platform. Google today honoured the late Bismillah, on his 102nd birth anniversary, for his contribution to Indian classical music.

Khan was born in a family of traditional Muslim musicians in Bhirung Raut Ki Gali, Dumraon, in what is now the eastern Indian state of Bihar, as the second son of Paigambar Baksh Khan and Mitthan. The young Qamaruddin's grandfather had exclaimed "Bismillah" when he saw the newborn, and the name stuck.

At the age of six Bismillah moved to Varanasi where he got his training on the shehnai under his uncle, the late Ali Baksh 'Vilayatu'. Vilayatu was attached to Varanasi's Vishwanath Temple.

Khan was awarded India's highest civilian honour, the Bharat Ratna, in 2001, becoming the third classical musician after M. S. Subbulakshmi and Ravi Shankar to be given this honour as he was responsible for making the shehnai a famous classical instrument. He referred to the shehnai as his begum (meaning wife in Urdu) after his wife died and never remarried.

Khan had the rare honour of performing at Delhi's Red Fort on the eve of India's Independence in 1947. He also performed raga Kafi from the Red Fort on the eve of India's first Republic Day ceremony, on 26 January 1950. His recital had become a cultural part of India's Independence Day celebrations, telecast on Doordarshan every year on 15 August. After the prime minister's speech from the Red Fort, Doordarshan would broadcast a live performance by the shehnai maestro. This tradition dated from the days of Jawaharlal Nehru.

In popular culture too, there have been references to him. He also played shehnai for Dr.Rajkumar's role of Appanna in the Kannada movie Sanaadi Appanna which became a blockbuster. He acted in Jalsaghar, a movie by Satyajit Ray and provided the sound of shehnai in Goonj Uthi Shehnai (1959). Noted director Goutam Ghose directed Sange Meel Se Mulaqat, a documentary about the life of Khan. The most recent use of his shehnai music in a Hindi film was in Rockstar.

He died on August 17, 2006, of a cardiac arrest in Varanasi. He is survived by five daughters, three sons and a large number of grandchildren and great-grandchildren.The Government of India declared a day of national mourning on his death.