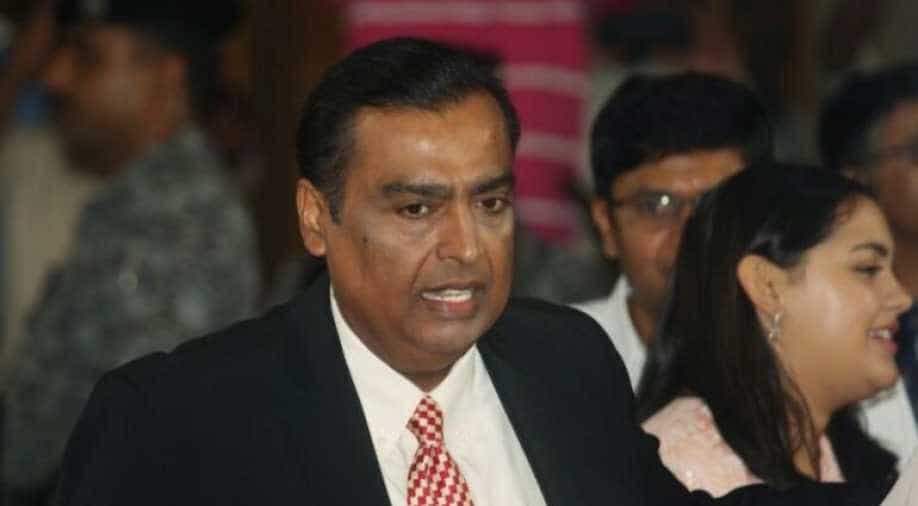 Jio, with cheap data plans and freebies, has managed to become India's top mobile operator by subscribers and the second-biggest globally over the three years.

Reliance Industries shares saw their biggest intraday rise in a more than a decade on Tuesday after it set a target to reach zero net debt within 18 months and vowed to reward shareholders with higher dividends and periodic bonus issues.

The group's billionaire chairman, Mukesh Ambani, also unveiled plans to launch cut-price home internet services across India next month, threatening to disrupt the telco market with offers of free voice calls for life, television and movie streaming, and even TV sets to go with some subscription plans.

The announcements drove Reliance shares up as much as 12 per cent its biggest such move since January 14, 2009.

The spike has put the company within touching distance of becoming the highest-valued Indian company again.

But shares of telecom majors Bharti Airtel fell 4per cent and Vodafone Idea slid almost 5per cent as the announcements spurred worries of a repeat of what happened just three years ago when Reliance's Jio burst on to the scene.

Jio, with cheap data plans and freebies, has managed to become India's top mobile operator by subscribers and the second-biggest globally over the three years.

Ambani said, at Reliance's annual general meeting (AGM) on Monday, that customers of Reliance's Premium Jiofiber broadband services "will be able to watch movies in their living rooms the same day these movies are released in theatres".

Shares of multiplex chain operators PVR and Inox Leisure fell as much as 8per cent and 10per cent, respectively, on the news, after trading resumed following a holiday on Monday.

Shares in Dish TV India were also down.

As of 0606 GMT, Reliance shares were up about 10per cent, while the broader market was down slightly.

Reliance shares were also buoyed by the news that Saudi Aramco plans to invest roughly $15 billion for a 20per cent stake in its oil-to-chemicals business.