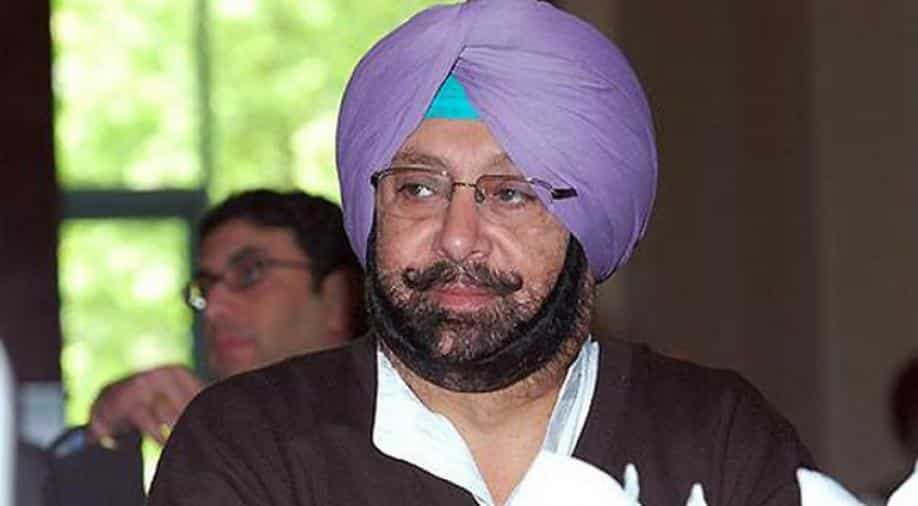 He said that during his last stint as chief minister, relations between the two countries had 'warmed up' to quite an extent.

"Imran Khan or any other Khan cannot do much till they control their military, which has vested interests in continuing border tensions with India," Singh said at a literary festival here.

"By and large, people in Pakistan also want peace with India but their military feels otherwise," he added.

He said that during his last stint as chief minister, relations between the two countries had "warmed up" to quite an extent.

The Punjab chief minister said he regretted that the bilateral relations soured again and blamed the Pakistan Army for it.

Singh said though Pakistan's intelligence agency ISI continues to foment trouble in Punjab, he does not foresee a revival of terrorism in the state.

"People here want peace and have seen what terrorism did to the state," he said.

Admitting that the state's youths were frustrated due to unemployment, he said his government's 'Ghar Ghar Naukri' programme was showing results.

About 4.5 lakh youths have been given employment in the past 18 months under this programme, he said.

Singh claimed his government had "by and large" controlled the drug menace.

"Nowhere in the world have drugs disappeared, but we are taking all steps to cut their supply chain and for the rehabilitation of the addicts," he said.

The chief minister said heroin was being smuggled into Punjab from across the country and the police had recently seized a consignment which had come from Mandavi in Gujarat.

This, he claimed, shows that a systematic game plan is in place to destabilise the state.

Singh said he would not allow this to happen and his government will continue its crackdown on drug dealers and traders.

He also dismissed the comparison between his government's decision to make sacrilege of religious books punishable with life imprisonment and Pakistan's blasphemy laws.

"If anyone thinks that they can get away by indulging in sacrilege, by burning a Guru Granth Sahib, a Bible, a Quran or any other religious scripture, they should know that we would not allow it and they will have to pay the price for such misadventures," Singh warned.

On prospects of the Congress in the 2019 Lok Sabha elections, he said the party is on the path of recovery and will form the government at the Centre.

He said he is personally confident that the party chief would prove to be a successful prime minister.