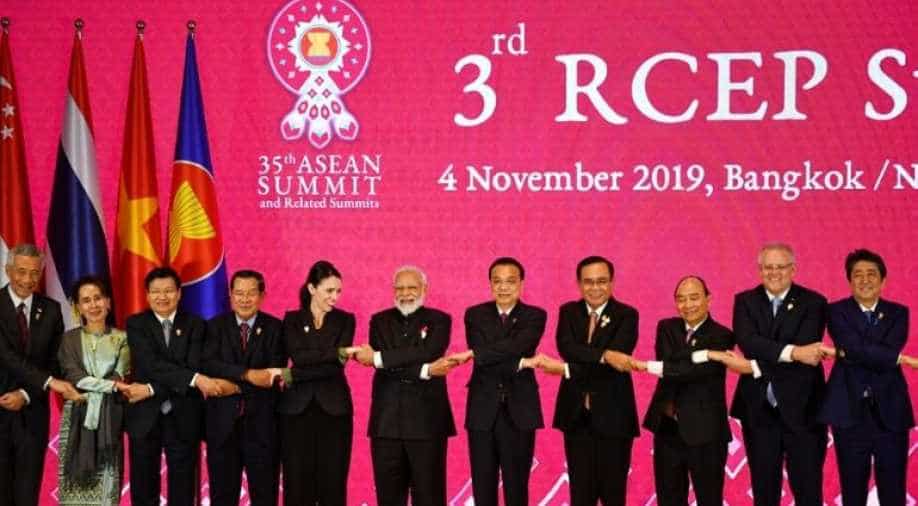 India chose to withhold from joining the trade agreement due to “significant outstanding issues, which remain unresolved”.

India on Monday pulled out of the proposed Regional Comprehensive Economic Partnership (RCEP) stating that the agreement “does not satisfactorily address India's outstanding issues and concerns.”

Prime Minister Modi, while speaking at the Association of Southeast Asian Nations (ASEAN) summit in Thailand said that “neither the Talisman of Gandhiji nor my own conscience permits me to join the RCEP.”

RCEP is a proposed Free Trade Agreement (FTA) that was being negotiated between 16 countries - the 10 member states of ASEAN along with India, Australia, China, Korea, Japan, and New Zealand.

While the exact details of what the agreement entails are yet to be released, its aim, as established in 2012 in Cambodia, was to increase trade by decreasing tariffs and barriers between member states, boost exports, and create an alternative market for investment.

India chose to withhold from joining the trade agreement due to “significant outstanding issues, which remain unresolved”.

"The present form of the RCEP agreement does not fully reflect the basic spirit and the agreed guiding principles of RCEP,” Prime Minister Narendra Modi said.

New Delhi’s stand on data localisation is one of the key issues at conflict as RCEP norms support the free flow of data which hampers India’s digital sovereignty.

According to NITI Aayog, the policy think tank of India, the country has a growing trade deficit with ASEAN member states and China. Participating in RCEP would have only widened these deficits.

With the ongoing United States-China trade war, signing the trade agreement would have interfered with India's attempt to augment its ties with the United States.

China’s dumping policy also presented itself as a potential threat to India, where access to an open market might have lead China to dump its products in regional Indian markets.

India felt that there was “inadequate” protection provided to its domestic markets which would have had to suffer losses as cheaper products from China threatened to “flood” Indian markets.

The dairy industry was also expected to face the burden of the trade deal due to the introduction of competition from New Zealand and Australia.

India also failed to receive any assurance on its demand for greater market access and concerns over non-tariff barriers as China has in the past used these to curtail India’s exports to the country.

India expressed dismay at 2014 being set as the base year for tariff reductions instead of 2013. This would have gone against the country's interests as several import duties have gone up since 2014.

RCEP is supposed to be one of the world’s largest trade pacts and the largest regional trading agreement yet. The member countries account for half of the world’s population and almost one-third of the Global Gross Domestic Product.

Becoming a member of the RCEP would have provided New Delhi with an alternative market, reducing its dependence on Western nation-states, an increase in export-oriented Foreign Direct Investment (FDI), and a boost to its service sector.

Although India currently backed out of one of the biggest free trade deals in the world, the remaining 15 members agreed on the negotiated terms and will be signing it next year.