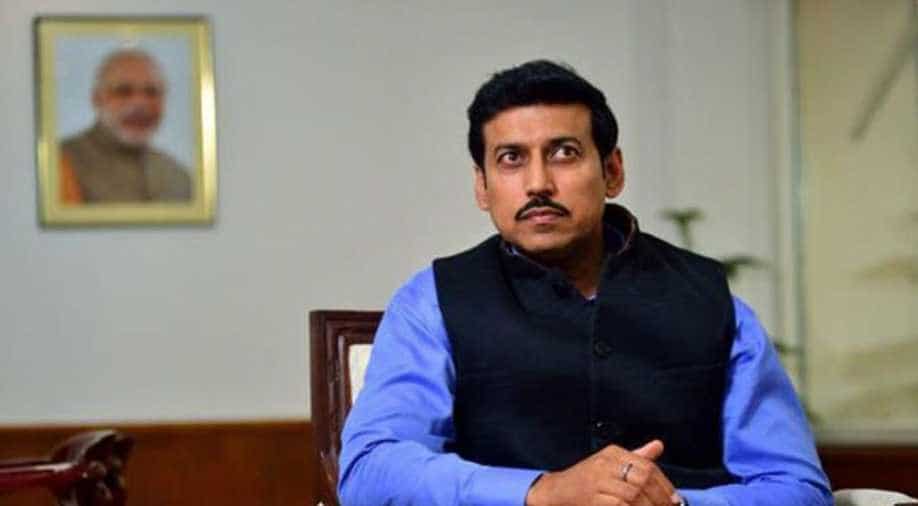 According to reports, the central government carried out a cabinet reshuffle on Monday wherein Colonel Rajyavardhan Singh Rathore was allotted the Information and Broadcasting Ministry. Rathore will continue to retain the Ministry of Youth Affairs and Sports.

"During the period of the indisposition of Shri Arun Jaitley, Minister; the portfolios of Minister of Finance and Minister of Corporate Affairs held by him, be temporarily assigned to Shri Piyush Goyal, in addition to his existing portfolios," read the official release.

SS Ahluwalia will be relieved of the charge of Ministry of Drinking Water & Sanitation. He has now been assigned the Ministry of State, Ministry of Electronics & Information Technology.

Minister of State, Ministry of Electronics and Information Technology, KJ Alphons, will now look after the Tourism Ministry.

Union Finance Minister Arun Jaitley on Monday underwent a successful kidney transplant at the All India Institute of Medical Sciences (AIIMS), an official at the premier health institute said.

Jaitley, 65, was admitted to the hospital on Saturday and taken to the operation theatre at 8 am today.

The minister, suffering from a kidney ailment, has been undergoing dialysis for the last one month.