Rajnath Singh leaves for Siachen, will review security situation along the border 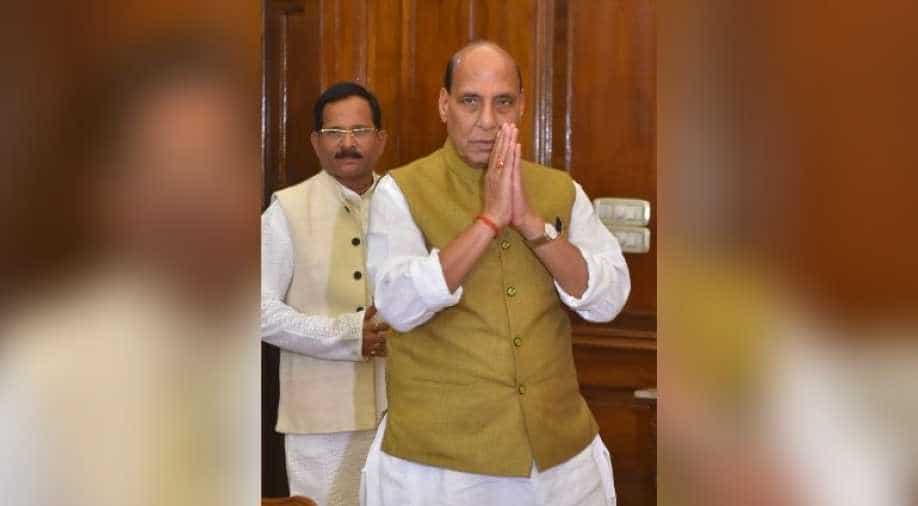 Later in the day, Rajnath Singh will also be meeting Indian Army personnel in Srinagar.

The newly-appointed defence minister, Rajnath Singh began his Siachen visit as he left New Delhi for Ladakh in the early hours on Monday. Rajnath Singh is visiting Siachen to review the security situation along the borders with Pakistan.

Announcing his visit on Twitter, Singh said, "Leaving New Delhi for Ladakh on a day-long visit to Jammu and Kashmir."

"Looking forward to interact with the troops in Siachen," he also said.

Later in the day, he will also be meeting Indian Army personnel in Srinagar.

Leaving New Delhi for Ladakh on a day long visit to Jammu and Kashmir. Looking forward to interact with the troops in Siachen.

Later in the day, I would be meeting the Indian Army personnel in Srinagar.

According to a report by ANI, Rajnath Singh will be accompanied by Army Chief General Bipin Rawat and other senior officials from the Defence Ministry.

At the glacier, Rajnath Singh would be briefed about the operations being conducted by the Army, along with the support of air effort by the Indian Air Force.

Siachen glacier is the world's highest battlefield. The Indian Army has deployed a brigade in the area where some posts are located above the altitude of 23,000 altitude which even poses difficulty in breathing.

The Indian Army has been maintaining the Siachen Glacier since 1984 under the Operation Meghdoot where Army soldiers doubled as mountaineers to reach the peaks and capture them defeating the Pakistan Army.