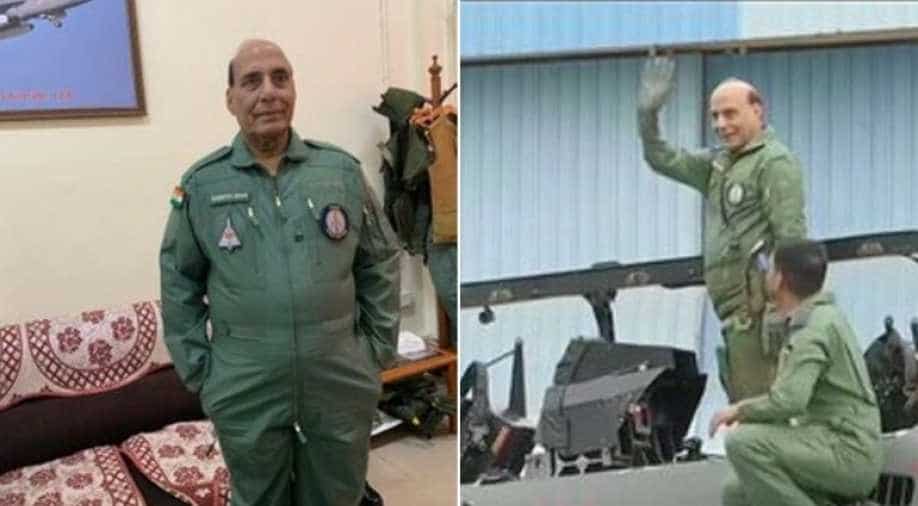 The fighter jet took off from the Hindustan Aeronautics Limited (HAL) airport in Bangalore.

The fighter jet took off from the Hindustan Aeronautics Limited (HAL) airport in Bangalore.

The Defence Minister who donned a white helmet waved to onlookers after he took his seat in the back in the twin-seater version of the aircraft.

The defence minister was briefed by the pilot and other top Indian Air Force (IAF) officials.

Earlier today, Rajnath Singh tweeted two pictures of him dressed in a green flight suit. "All Set For The Day!" he posted.

The Tejas is an Indian single-engine, delta wing, multirole light fighter designed by the Aeronautical Development Agency (ADA) and HAL for the Indian Air Force and Indian Navy.

It came from the Light Combat Aircraft (LCA) programme, which began in the 1980s to replace India's ageing MiG-21 fighters. In 2003, the LCA was officially named "Tejas".