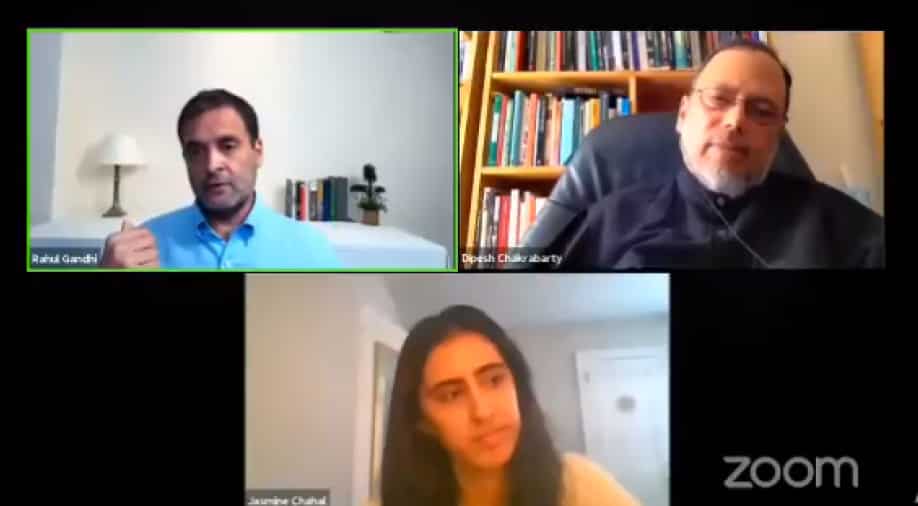 Tremors were felt across northern India following an earthquake in Tajikistan late Friday, and while the entire world panicked and ran for cover, Congress leader Rahul Gandhi was unfazed.

Gandhi was then virtually interacting with the students of the University of Chicago. When he realised there was "an earthquake going on", he continued with the live event calmly. He, however, chuckled a bit and let the panelists know of the quake.

A video capturing the moment has gone viral on the social media.

“By the bye, I think there’s an earthquake going on,” Gandhi is heard saying on the live Zoom interaction with historian Dipesh Chakrabarty and the students when the earthquake struck.

Moments later, he is seen saying as he answers a student’s question: “My room is shaking.”

#earthquake @RahulGandhi in between in a live interview when earthquake happened.#earthquake pic.twitter.com/GRp9sxHoMY

As per the India Metrological Department (IMD), the epicentre of the earthquake was in Tajikistan.

The National Centre for Seismology said an earthquake of magnitude 6.3 hit Tajikistan at 10:31 pm, and tremors were felt in northern India.