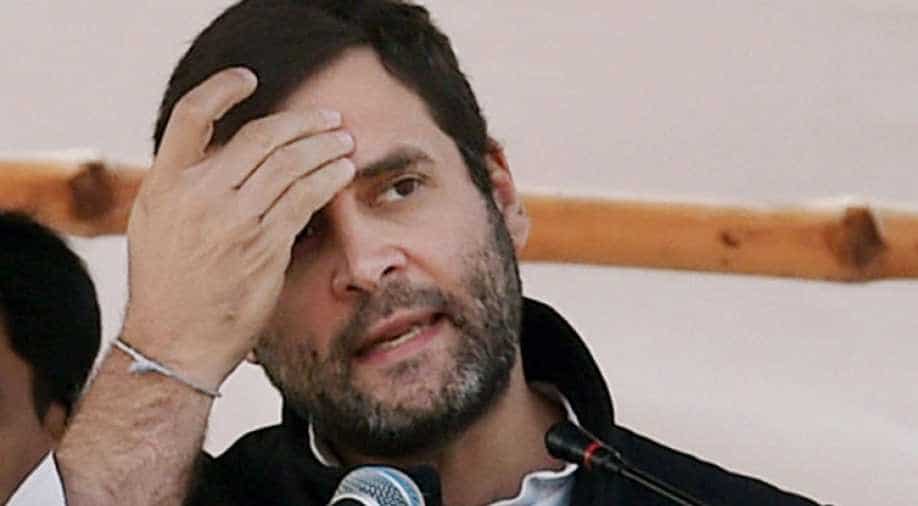 The Bharatiya Janta Party (BJP) on Monday refuted the charges made by Congress President Rahul Gandhi regarding the NaMo app and described the latter as "technologically illiterate".

Patra went on to add, "He (Rahul Gandhi) does not know that data analysis is not equivalent to spying or snooping. This new age is the age of information technology, which Rahul Ji will not understand".

"Through the NaMo app, Prime Minister Narendra Modi communicates with the ground level party workers. It is a smart app and like all smart apps, it will be called smart only if it facilitates two-way communication with ease," he added.

"Modi misusing PM position to build personal database with data on millions of Indians via the NaMo App promoted by Govt. If as PM he wants to use tech to communicate with India, no problem. But use the official PMO APP for it. This data belongs to India, not Modi"

Earlier on Sunday, he tweeted, "Hi! My name is Narendra Modi. I am India's Prime Minister. When you sign up for my official App, I give all your data to my friends in American companies."

Rahul made the statement after media report quoted a French security researcher claiming that the Narendra Modi app sends all the device info and personal data including email IDs, photos, gender and names of the users without consent to a third-party domain belonging to an American company.

However, Government sources on Sunday clarified that the app does not ask for a blanket access to the users' personal data.

The Bharatiya Janata Party (BJP) IT cell head Amit Malviya also hit back at the former and accused him of sharing users' data from his party's official App with Singapore firm.

Taking to his Twitter handle, Malviya on Monday shared a picture of the disclaimer of the site and targeted the Congress party for being upfront to accept that they will share the data with a third party.

"Hi! My name is Rahul Gandhi. I am the President of India's oldest political party. When you sign up for our official App, I give all your data to my friends in Singapore," Malviya Tweeted.

"Full marks to @INCIndia for stating upfront that they'll give your data to **practically anyone** - undisclosed vendors, unknown volunteers, even 'groups with similar causes'. In the theft of all forms, Congress has never been discreet !," he added.