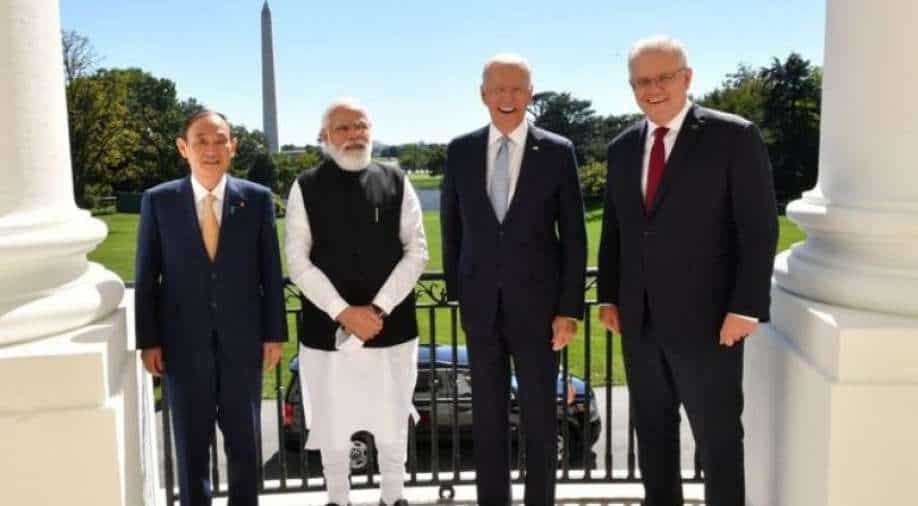 Members of the Quadrilateral Security Dialogue (QUAD)--India, the US, Australia, and Japan-- have largely agreed on the annual summit schedule which will happen rotationally between the four countries.

The Quad grouping was elevated to leaders level this year with the first in-person summit that happened in Washington on September 24.

A joint statement after the summit said, "our leaders and foreign ministers will meet annually and our senior officials will meet regularly".

Also read | How can India help Vietnam in the disputed South China Sea?

One of the biggest outcomes of that summit was the launch of the Quad Fellowship that will sponsor 100 students per year, 25 from each Quad country, to pursue masters and doctoral degrees at leading STEM (science technology engineering and mathematics) graduate universities in the United States.

The first Quad summit took place virtually on March 12. One of the key outcomes of that summit was the Quad vaccine initiative under which Covid vaccines will be developed in the US, manufactured in India, financed by Japan and US, and supported by Australia.

Quad first came into existence after the 2004 tsunami and saw some formalisation in 2007. At that time Australia had issues, with the grouping again meeting a decade later in 2017 at the official level.

Since 2019, Quad has had regular conversations at the foreign ministers' level. Quad is currently seen as a core element of the Indo-Pacific strategy supported by Washington and New Delhi.

The Indo-Pacific vision, which sees Indian and Pacific oceans as a common entity is now being backed by many countries. Quad is seen very suspiciously by China which has termed it "Asian Nato" something that has been dismissed by the grouping.