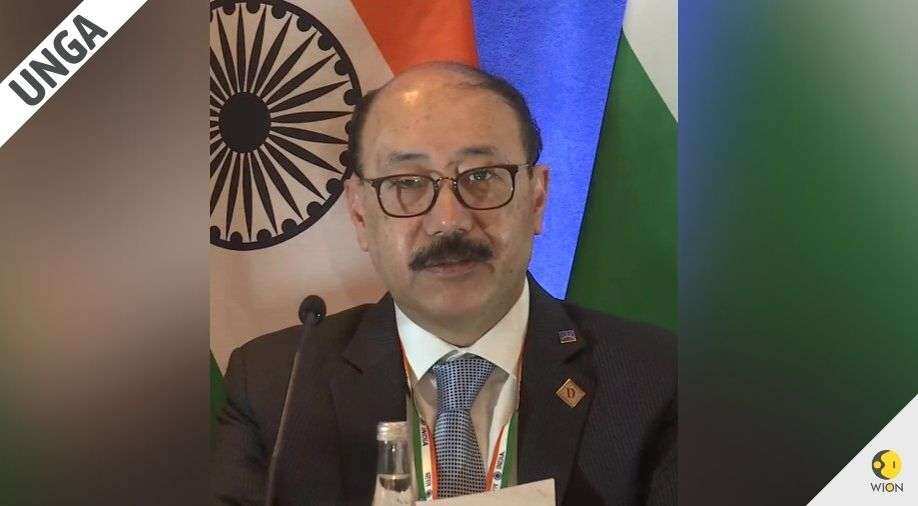 Ahead of the Quad summit, Shringla had said AUKUS had no links with the Quadrilateral Security Dialogue and won't impact the functioning of the grouping

In response to a question on rules-based order, which according to him was a recurring theme in Modi's diplomatic engagements in the US, Shringla said that Quad stands for the rules-based international order and a free, open, transparent, inclusive prosperous Indo-Pacific region, adding that it is "not directed" at any country in particular.

"And in that context, the right to freedom of navigation, use of global commons, international order is definitely there. This is a general sentiment, a general principle and not directed to any country in particular," Shringla said.

"We believe in principles, we believe in values, and we believe that the Quad as a group must work with its Indo-Pacific partners, with ASEAN at its centrality, to achieve those objectives," he added.

Ahead of the Quad summit, Shringla had said AUKUS had no links with the Quadrilateral Security Dialogue and won't impact the functioning of the grouping.

Previously, the foreign secretary had said that Australian Prime Minister Scott Morrison did mention AUKUS during his bilateral talks with PM Modi in Washington on Thursday. Morrison talked about the Australian side in seeking to initiate the AUKUS alliance. "He felt that the technology received was appropriate and there was a brief discussion in that regard," said Shringla.

New security alliance between Australia, the UK and the US has no link with the Quadrilateral Security Dialogue and will have no impact on the functioning of the grouping, foreign secretary Harsh Shringla said on Tuesday ahead of the first in-person Quad Summit.

AUKUS is a trilateral security pact between Australia, UK and US, which was announced on September 15. As per the pact, the US and UK will help Australia develop nuclear-powered submarines, a development that has angered France over the cancellation of the submarine deal.

Shringla had told a media briefing before of PM Modi's visit to the US: "Let me make it clear that the Quad and the AUKUS are not groupings of a similar nature."