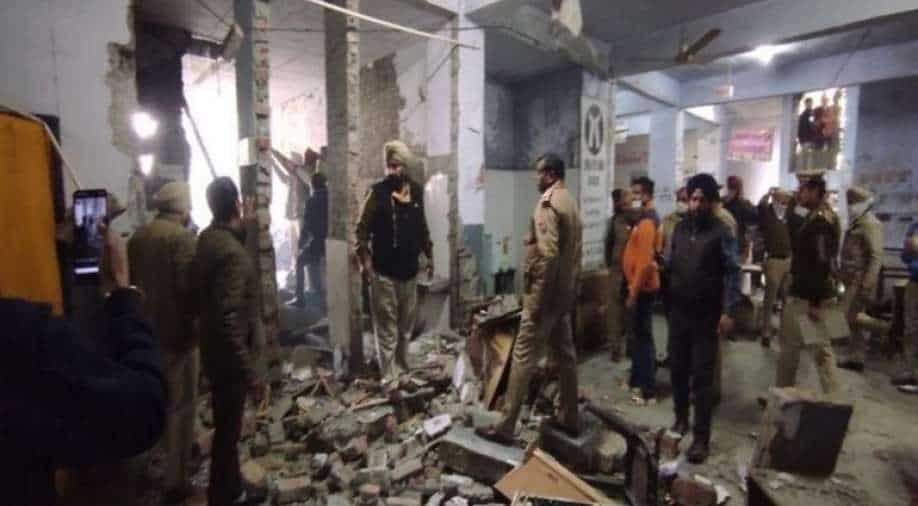 Visuals from the site of the explosion inside the Ludhiana district court. (Photo courtesy: @LiveLawIndia) Photograph:( Twitter )

After a bomb was heard in the area, a crowd gathered outside the court.A video taken on the scene shows smoke rising from the six-storey structure.

According to police, the explosion occurred at about 12:22 pm in a washroom on the second floor of the District and Sessions court building in Ludhiana.

The explosion shattered glass in surrounding rooms and ripped through a piece of the structure, causing damage to the bathroom walls and ripping through a section of the building.

An FIR has been filed against unknown person. The charges slapped are under sections 124 A (Sedition), 120 B (conspiracy), 302 (Murder), 307 (Attempt to murder) and that for explosive act.

When the explosion occurred, the district court was crowded and operational.

According to Chief Minister Charanjit Channi, the incident was carried out to disrupt peace and order in the city before the assembly elections.

After a bomb was heard in the area, a crowd gathered outside the court.

The area has been blocked off by police, and fire trucks have arrived.

An investigation has been initiated into the matter, according to a police officer, while the rescue mission is underway.

Meanwhile, a high alert has been issued across Punjab, with police being told to beef up security in public locations.

According to sources, the Punjab and Haryana High Court has urged officials to beef up security at court buildings in Punjab.