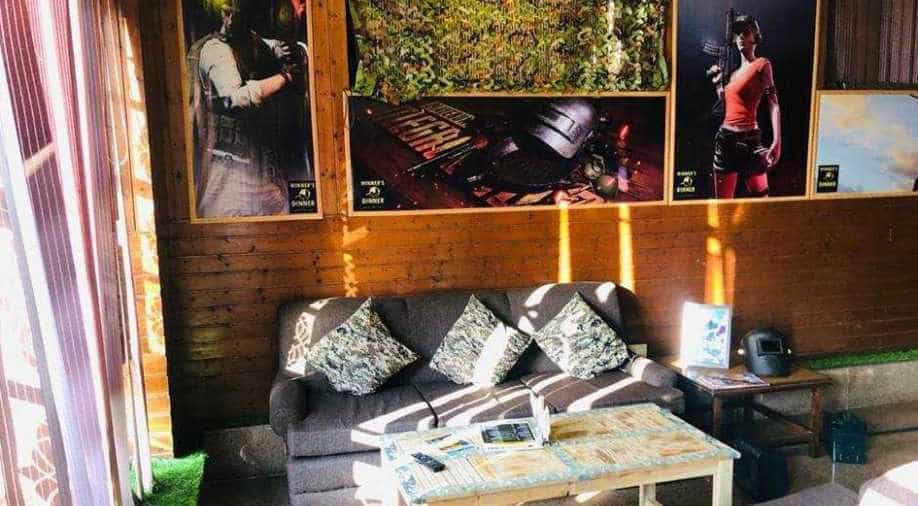 FIle photo of a PUBG-cafe in Srinagar. Photograph:( WION )

Doctors are now comparing the addiction to PUBG with drugs as players have developed behavioural, sleep and psychiatric disturbances.

Muheeb and his two friends are Battle Royale game PUBG addicts, every day they play the game on their mobile phones for hours, even at night.

They find spots outside their home to play the game as their parents frequently ask them not to.

Today, three of them have gathered near a river embankment to finish a mission on their mobile phones.

Due to this addiction, deputy mayor of the city has sought a ban on the game following which Chief Secretary of the state has asked Home Department to examine and take appropriate action.

The game was also blamed for the poor performance of students in recently held 12th and 10th grande exams. But these young kids don't want the game to be banned.

The addiction has got doctors in the state worried too. They have already received some cases where parents have taken their wards for medical consultation. Mobile version of the game has already become popular across the globe with some countries mulling to ban the game.

Delhi Commission for Protection of Child Rights has already issued an advisory against the game.

Doctors are now comparing the addiction to PUBG with drugs as players have developed behavioural, sleep and psychiatric disturbances.

"Its to give a gram of cocaine to youth. It has more addictive potential than drug abuse. I see a detoxification centre for drugs but we don't have anything for such addictions," says Doctor Nisar-ul-Hassan.