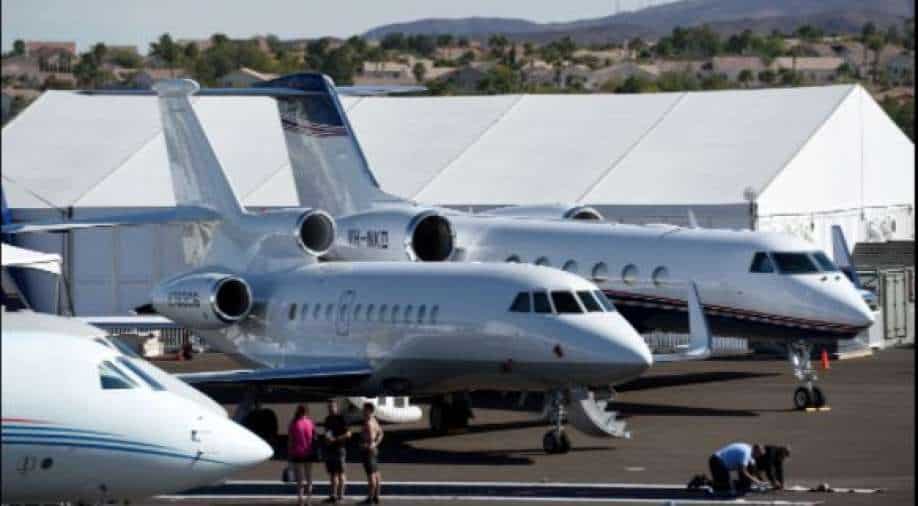 Dozens of charter flights zipped passengers from India to Dubai in the days before the new ban. After all commercial seats were snapped up, charter companies say demand has since surged

Demand for private jets has boomed as Indians who could afford them scrambled to escape a Covid surge after the UAE banned travel from India for 10 days starting from April 24 due to the worsening COVID-19 situation in the country.

All flights from the UAE to India - one of the world's busiest air corridors are suspended as coronavirus cases in the South Asian nation reach record levels and overwhelm hospitals.

UAE citizens, diplomatic passport holders and official delegations are exempted from the above conditions.

The UAE is home to roughly 3.3 million Indians who make up a third of the population - most of them in Dubai, one of the seven emirates that make up the federation.

The latest suspension in flights that came into force Sunday has shut down some 300 commercial flights that operated weekly on one of the world's busiest air corridors.

Apart from low-paid labourers on short-term contracts, the sudden move has stranded members of long-settled wealthy families who travelled to India for holidays, work or medical emergencies.

Many are now in a panic as cases in India skyrocket, with 18 million infections and more than 201,000 people dead, and the daily fatality toll rising above 3,000 for the first time on Wednesday.

After the UAE shut its airspace to curb the spread of coronavirus in March last year, some residents raised the funds for seats on shared chartered planes that were permitted to fly to Dubai.

Dozens of charter flights zipped passengers from India to Dubai in the days before the new ban, after all, commercial seats were snapped up, and charter companies say demand has since surged.

But as demand soars, operators have been scrambling to clarify rules around private planes landing in the UAE.

"Chartered flights need to get approval from the General Civil Aviation Authority and the foreign ministry to operate. But we do not know who is exempted to travel," said Tapish Khivensra, CEO of Enthral Aviation Private Jet Charter.

Long-term Dubai resident Purushothaman Nair said he was prepared to "spend a fortune" to return to the UAE.

"My wife and I came to India for just 10 days. We have to fly back to Dubai at any cost," he told AFP.

"There are many people who are willing to pay up. How can people with business interests and big responsibilities in the UAE afford to stay away for a longer period?" said Nair, who works in the government sector.

"The fear of contracting the virus is a bigger worry."

The less well-off are weighing the high cost against the risk of losing their livelihoods.

"If I cannot make it in a few weeks, my job is on the line. My employer is already putting pressure on me and asking me to travel to the UAE via other countries," Jameel Mohammed told AFP.

Mohammed had not seen his young son for two years when he was granted leave in March.

He was thrilled at the prospect of a reunion but is now stranded in the southern state of Kerala.

"I can't afford that kind of money. But if the choice is between losing my job and borrowing money, I will do the latter and fly back."