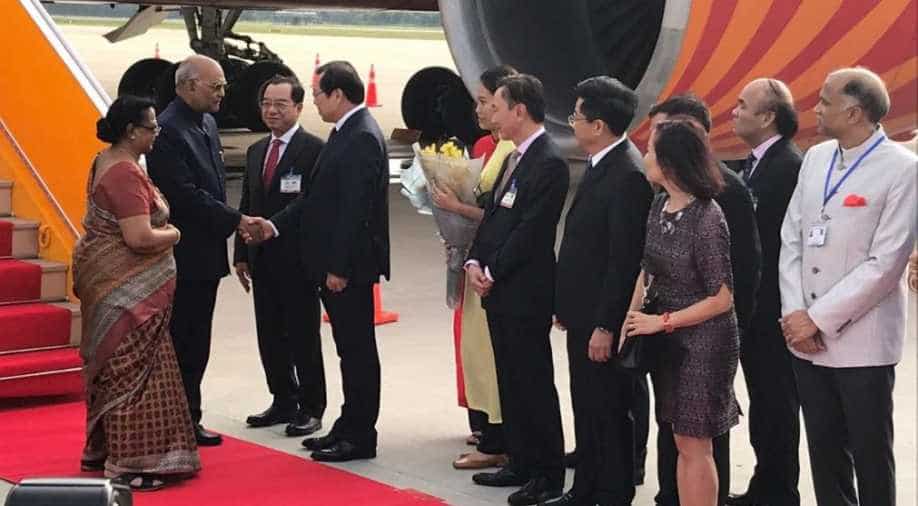 President Ram Nath Kovind arrived at Da Nang International Airport in Vietnam a short while ago on a three-day visit from November 18 to 21.

Kovind on Sunday embarked on a week-long visit to Vietnam and Australia, saying he was looking forward to a "busy and business-like" events.

The Rashtrapati Bhavan tweeted that it would be Kovind`s first visit to any country to India`s east as President.

Received a warm welcome on my arrival in Da Nang, Vietnam. This is my first visit to Southeast Asia as President of India. India and Vietnam share close and cordial relations. I look forward to strengthening our bilateral ties 🇮🇳🇻🇳 #PresidentKovind pic.twitter.com/Y5aDb6KS4O

Starting his trip from the Vietnamese coastal city of Da Nang, Kovind will head to the capital Hanoi where he will hold talks with the political leadership and also address the country`s National Assembly.

Heading to Australia on November 21, Kovind, the first Indian President to visit the country will meet Prime Minister Scott Morrison. They will together unveil a statue of Mahatma Gandhi in Parramatta to mark the 150th birth anniversary of the Father of the Nation.

He will also address students at Melbourne University as part of the tour.