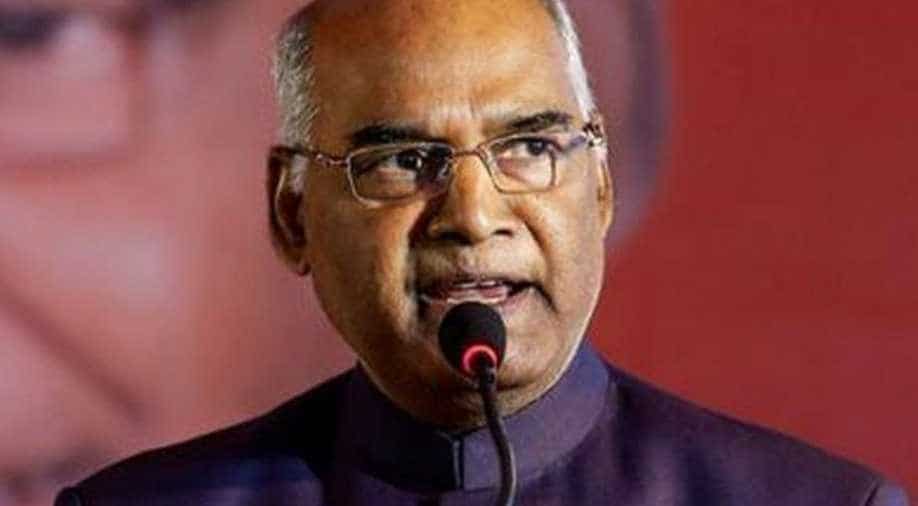 The highlights of the visit would be the President attending the enthronement ceremony of new Japanese Emperor Naruhito.

President Ram Nath Kovind on Thursday departed for an official seven-day visit to the Philippines and Japan with an aim to expand the bilateral cooperation between the two countries.

The highlights of the visit would be the President attending the enthronement ceremony of new Japanese Emperor Naruhito and unveiling the bust of Mahatama Gandhi at the Center of peace education at a college in Philippines' capital Manila.

Kovind will arrive in Manila on the first leg of the tour. The five-day-long visit has been organised at the invitation of Philippines President Rodrigo Roa Duterte and will carry forward the high-level engagements between the two countries.

The relations of New Delhi with Manila have been friendly. The economic relationship between the two countries has been growing and trade stands at USD 2.3 billion dollars.

Kovind will receive a ceremonial guard of honour at Malacanang Palace. The President will lay a wreath at a memorial of Jose Rizal, who is the national hero of the Philippines.

The one-to-one talks between Kovind and Duterte will be followed by delegation-level talks.

Kovind will also unveil the bust of Mahatama Gandhi at the Centre of peace education at Marian College in Manila. He will interact with the Indian community on the penultimate day of his visit to the Philippines.

The President will head to Tokyo on October 21. He will attend various ceremonies related to the Emperor Naruhito's enthronement and also take part in a banquet hosted by Japanese Prime Minister Shinzo Abe.

The ceremony will be attended by leaders from all parts of the world. Along with participating in a community event, the President will visit a Buddhist temple and plant a sapling from the sacred Bodhi Tree in Gaya to highlight India and Japan's historical and cultural linkages based on Buddhism.

Kovind will take one of the superfast trains to visit the Kakegawa city on the forenoon of October 23. He will participate in the foundation laying ceremony of 'shoni seto' which is to be developed as a temple and a place for meditation and yoga to highlight Indian culture.