Practice of instant talaq is offence and cannot be allowed to continue: Mukhtar Abbas Naqvi 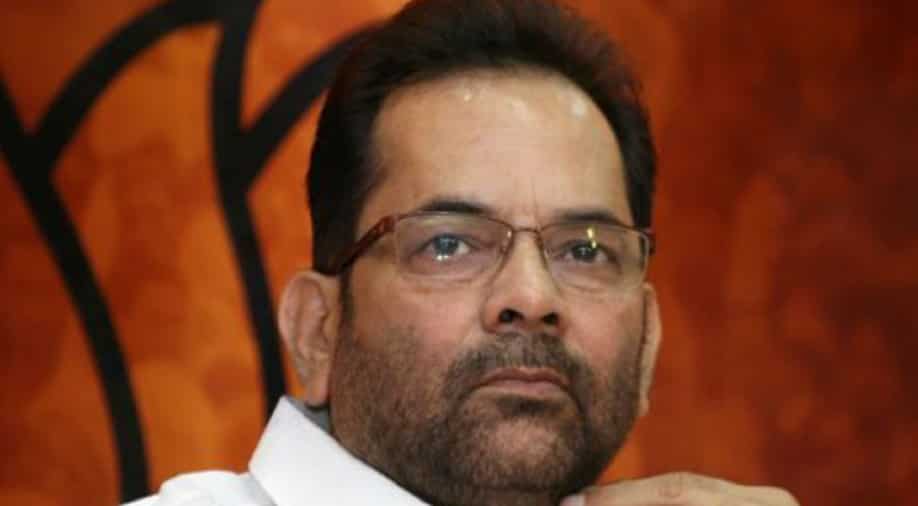 Naqvi also cautioned the Opposition parties that they may have to pay a heavy political price if they do not support the bill.

Pitching for the passage of the triple talaq bill, Union Minister Mukhtar Abbas Naqvi on Sunday said that the practice of instant talaq is an offence and cannot be allowed to continue.

"Triple Talaq is an offence which can not be ignored. Many Ismalic countries have already declared it a penal offence," he said here.

The minister asked the Opposition parties to support the bill in the welfare of Muslim women.

He also cautioned the Opposition parties that they may have to pay a heavy political price if they do not support the bill.

Referring to Congress` poor performance in the last two Lok Sabha elections, he said: "We ask Congress and other parties who are opposing the bill to support it (in Rajya Sabha).

They are being penalised because of their past mistakes. If they commit the same mistakes, they will be sidelined for centuries.

"The Muslim Women (Protection of Rights on Marriage) Bill, 2019, seeks to criminalize the act of instant divorce among Muslims with a three-year jail sentence for men who practice triple talaq, which has been made illegal by the Supreme Court.

It was passed by Lok Sabha on Thursday. Many political parties including Congress, DMK, Samajwadi Party, BJP ally JD(U) and Trinamool Congress staged a walkout in opposition of the bill.

The bill was passed by the Lok Sabha in December last year but lapsed in the Rajya Sabha after the dissolution of the Lower House. The current bill seeks to replace an ordinance promulgated last February.