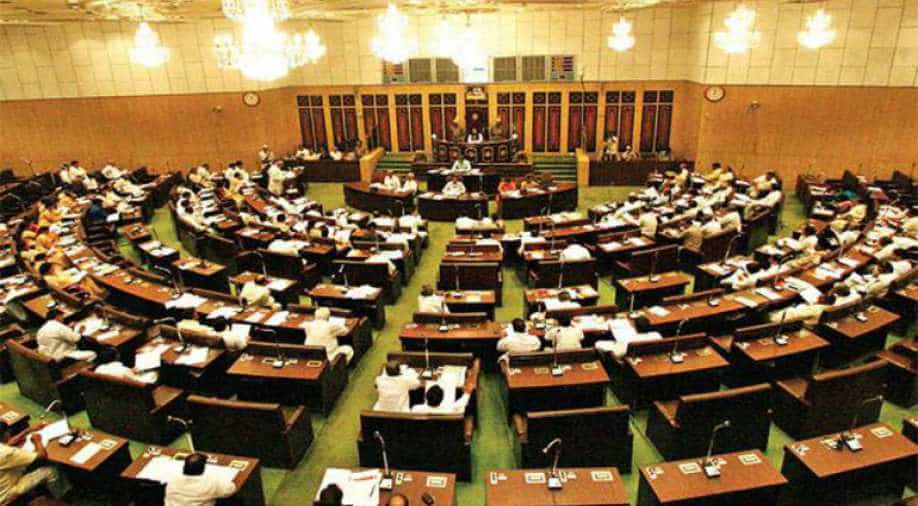 The TRS is going alone in the poll to the 119-member Assembly, as also is the BJP.

Poll temperature has shot up in Telangana with the ruling TRS, the Congress and the BJP pulling out all stops to woo voters ahead of the December 7 Assembly elections.

Prime Minister Narendra Modi and Congress president Rahul Gandhi who have already addressed campaign meetings are returning to the country's youngest state tomorrow to address public rallies in what is seen as a 'final push'.

Caretaker Chief Minister and Telangana Rashtra Samithi chief K Chandrasekhar Rao has been on a vigorous campaign trail in the past few days seeking a second term for the party and has been unsparing in his attack on Modi, Rahul and TDP chief and Andhra Pradesh Chief Minister N Chandrababu Naidu.

The TRS is going alone in the poll to the 119-member Assembly, as also is the BJP. Campaigning ends on Wednesday.

The Congress has forged "Prajakutami" (People's Alliance) with the TDP, the Telangana Jana Samiti (TJS) headed by professor M Kodandaram, and the CPI.

Both the BJP and the Congress have deployed senior leaders for the 'battle for Telangana'.

BJP president Amit Shah, Uttar Pradesh Chief Minister Yogi Adityanath, and Union Minister Nitin Gadkari were among those who addressed public meetings in different parts of the state on Sunday.

For the Congress, Sonia Gandhi addressed a public meeting last week. Chandrababu Naidu is also engaged in an intensive campaign for the People's Alliance.

Congress leaders Ghulam Nabi Azad, Anand Sharma, Kapil Sibal, Jairam Ramesh and Veerappa Moily were among those who had been drafted to guide the party campaign in Telangana.

The Congress has dubbed the TRS as a "stooge" and a "proxy" of the BJP, while the BJP has attacked the Chandrasekhar Rao-led party for promoting "family rule".

'TRS prospects are extremely bright and in fact, things are improving by the day,' KT Rama Rao, TRS leader and son of the caretaker Chief Minister, told PTI.

He credited his party's bright prospects to the state government's 'good governance and solid combination of welfare and development, fruits of which the people have enjoyed in the last four years'.