Political leaders from Kashmir under preventive detention to be released soon: J&K administration 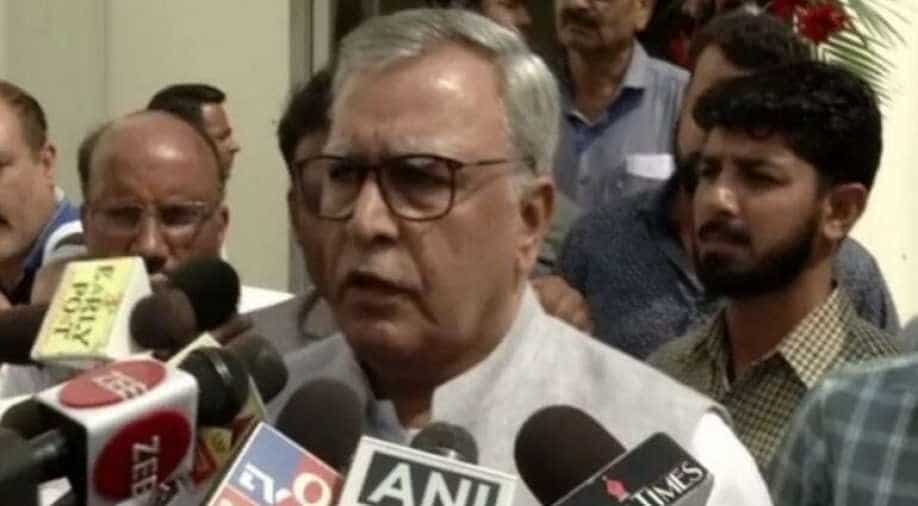 'Yes, one by one after analysis of every individual, they (leaders) will be released,' Farooq Khan, advisor to Jammu and Kashmir Governor Satyapal Malik told reporters.

Political leaders from Kashmir who were under preventive detention following the abrogation of Article 370 will be released soon, Jammu and Kashmir administration said on Thursday.

"Yes, one by one after analysis of every individual, they (leaders) will be released," Farooq Khan, advisor to Jammu and Kashmir Governor Satyapal Malik told reporters.

The leaders from Jammu and Kashmir political parties were placed under detention following the abrogation of Article 370 by the Centre on August 5.

On being asked about the increased activity of the police and security personnel in Jammu and Kashmir, Khan said that it was not due to any special kind of terrorist threat but was more of a preventive measure.

"The administration has taken preventive measures by increasing its activity in the region. All forces including police, Army, BSF are on alert and will continue to give fitting reply to the terrorists," he said.

Upon being asked about the incessant ceasefire violations from across the border by Pakistan, Khan said, "Pakistan was taught a lesson before in the past too and if the need arises it will be taught a lesson again in the coming days."

People's Democratic Party (PDP) chief Mehbooba Mufti and National Conference leader Farooq and Omar Abdullah were prominent leaders who were placed under preventive detention by the Jammu and Kashmir administration.