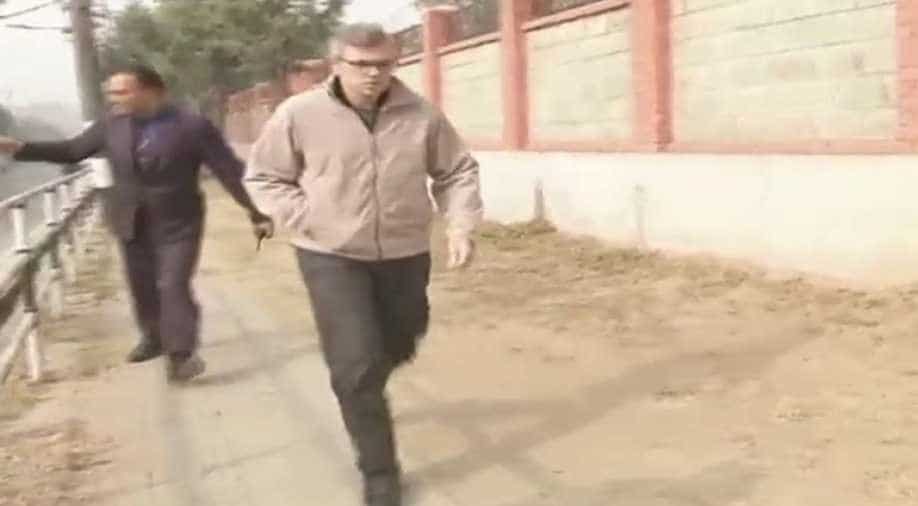 Omar Abdullah said nothing was expected from his visit

National Conference working president Omar Abdullah, who met Kashmir interlocutor Dineshwar Sharma in Srinagar today, said nothing was expected from his visit and that the Prime Minister's Office (PMO) had undermined the interlocutor's status.

"Nothing expected from Dineshwar Sharma visit. The Prime Minister's Office (PMO) has undermined his status. The Centre needs to clear its stand."

Omar Abdullah said he told Dineshwar Sharma that he should not sit in a guest house and wait for people to come to meet him and should expand his area of operation.

What we talked about is between us. I put forward certain things and he agreed to consider them because if you just sit at the guest house and wait for people to come nothing will happen. Hope when he comes next his efforts will increase," Omar Abdullah told ANI when asked about his meeting with the Kashmir interlocutor.

(Also Read: Yes, I can talk to the Hurriyat. I will talk to everyone: Govt's new interlocutor for Kashmir)

Mr Abdullah also alleged that the central government should "clear the hurdles" in the interlocutor's way so that he can work freely.

"The hurdles that centre has created by the statements of centre should be stopped so that he can wok freely. We hope if it’s done next time more people may meet him," he said.

He also wrote the outcome of the visit on Twitter:

Mr Dineshawar Sharma & I met at my residence in Srinagar this morning. We discussed the prevailing situation in the state as also steps that can be taken to make his visits to the state more meaningful.

The government had said earlier it had appointed the former director of Intelligence to be the representative of the government in Kashmir for starting a sustained dialogue in the terrorist-infested state.

Dineshwar Sharma holds the rank equivalent to a cabinet secretary.