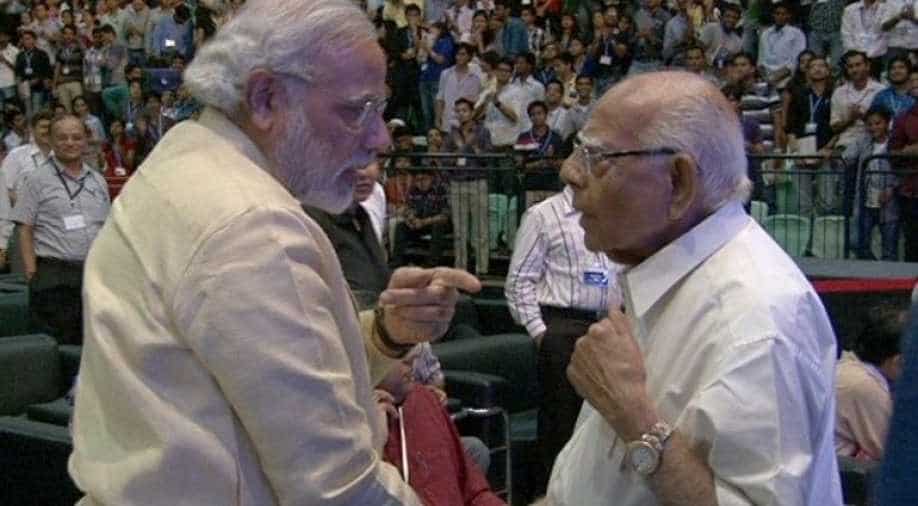 Jethmalani was a veteran lawyer and former Union Minister who passed away at age 95 in Delhi on Sunday morning.

Earlier in the day, Narendra Modi tweeted, "In the passing away of Ram Jethmalani Ji, India has lost an exceptional lawyer and iconic public figure who made rich contributions both in the court and parliament. He was witty, courageous and never shied away from boldly expressing himself on any subject."

"One of the best aspects of Ram Jethmalani Ji was the ability to speak his mind. And, he did so without any fear. During the dark days of the Emergency, his fortitude and fight for public liberties will be remembered. Helping the needy was an integral part of his persona," the tweet added.

I consider myself fortunate to have got numerous opportunities to interact with Shri Ram Jethmalani Ji. In these sad moments, my condolences to his family, friends and many admirers. He may not be here but his pioneering work will live on! Om Shanti.

Jethmalani was one of the highest-paid lawyers in the Supreme Court and was considered as a doyen of criminal law.

Jethmalani became a member of Rajya Sabha in 1988 and later served as the law minister and urban development minister in the Atal Bihari Vajpayee cabinet. He was also appointed as the Chairman of Bar Council of India.