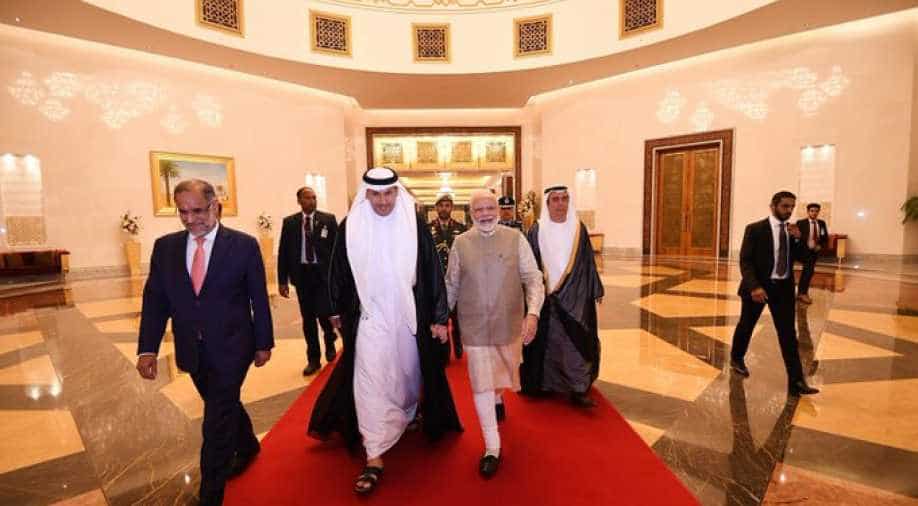 He will also receive the Order of Zayed, the highest civilian decoration of the UAE which was conferred on him in April in recognition of his distinguished leadership that gave a big boost to bilateral relations between the two countries.

He will also be initiating work for early adoption of the RuPay card that will help Indian tourist and businesses. After Singapore and Bhutan, UAE and Bahrain will be soon adopting the RuPay card.

He left for UAE on Friday from Paris following the successful completion of the first leg of his three-nation tour.

Recent years have seen a number of high-level engagements between India and UAE. PM Modi first visited the country in August of 2015 which was followed by the visit of Crown Prince of Abu Dhabi Sheikh Mohamed bin Zayed Al Nahyan in 2016. The following year the Crown Prince was the chief guest at India's Republic Day parade and again in 2018, PM Modi visited the country and was the chief guest at the sixth World Government Summit in Dubai.

His next stopover will be neighbouring Bahrain, his first visit to that country. Other than meeting the top leadership he will be addressing the Indian diaspora. There are 350,000 Indian nationals living in the west Asian country. He will be also leading a ceremony for the renovation of the 200-year-old Shree Krishna temple, the oldest temple in the gulf on Sunday.