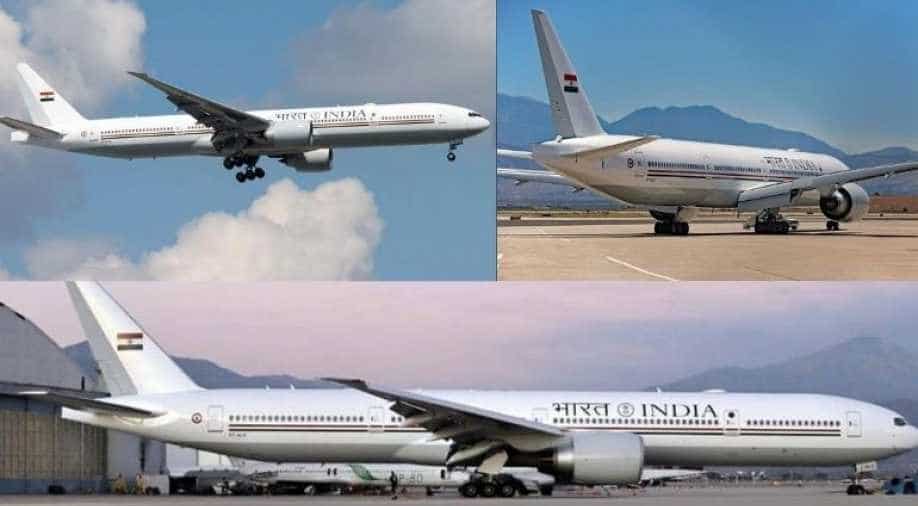 Air India One Photograph:( Others )

The new plane will be equipped with most sophisticated technology, military defence systems and a reconfigured cabin.

India is all set to receive its new plane (Air India One) Boeing 777-300ERs which will be used to fly VVIPs including Prime minister, President, and Vice- President of India.

The new plane will be equipped with most sophisticated technology, military defence systems and a reconfigured cabin which includes Large Aircraft Infrared Countermeasures (LAIRCM) and Self-Protection Suites (SPS). The plane will also feature Advanced Electronic Warfare Suites which will not only protect the aircraft from any kind of attack from surface-to-air but also will be able to take countermeasures in case of an attack.

A team of 40 Air India pilots are being trained alongside IAF pilots to fly the state-of-the-art VVIP planes.

Earlier, India's VVIPs use to fly in 747 Boeing jets with some basic modifications which were also used for the general public as well with the plane belonging to the Air India fleet.

The decision to get the new aircraft for the VVIPs movement had a long halt when PM, President, or Vice-President use to travel long hours on 747 Boeing which was not capable of flying more than 10 hours without refuelling, however, now B-777 aircraft can fly over 17 hours continuously without landing in between for refuelling.

Due to the advanced communication system fitted in the aircraft, the prime minister or the president will be able to communicate with the relevant ground staff through video or audio conferencing without a trap.

The new Boeing 777-300ERs will be operated by pilots of the Indian Air Force (IAF) and not of Air India which was the case earlier.

Here is a look at the top three aircraft in the world used by their head of state:

US president travels anywhere in the world on Air Force One which is Boeing 747-200B series aircraft capable of refuelling midair. Air Force One has unlimited range and can carry the President wherever he needs to travel. Air Force One is equipped with advanced secure communications equipment, allowing the aircraft to function as a mobile command centre in the event of an attack on the United States.

The Russian president's flying palace is IL-96-300PU jet which is equipped with an advanced communication system that allows it to act as a management centre capable of commanding troops in case of an unexpected attack. The plane features a spacious office, a bedroom and a gym that provides all luxuries to the president while he is in mid-air. The Russian president has a total of four similar aircraft which are ready to take the president anywhere in the world but the specific plane to be used by Putin is not known until takeoff.

President of China flies in massive Boeing 747-400 which are vetted by security and refitted with a living room, bedroom and office when the president needs to fly. It might surprise you to know that President Xi doesn’t own his planes and the planes are reverted to regular passenger flights by Air China for the rest of the time like Indian VVIPs the old Air India One use to do.