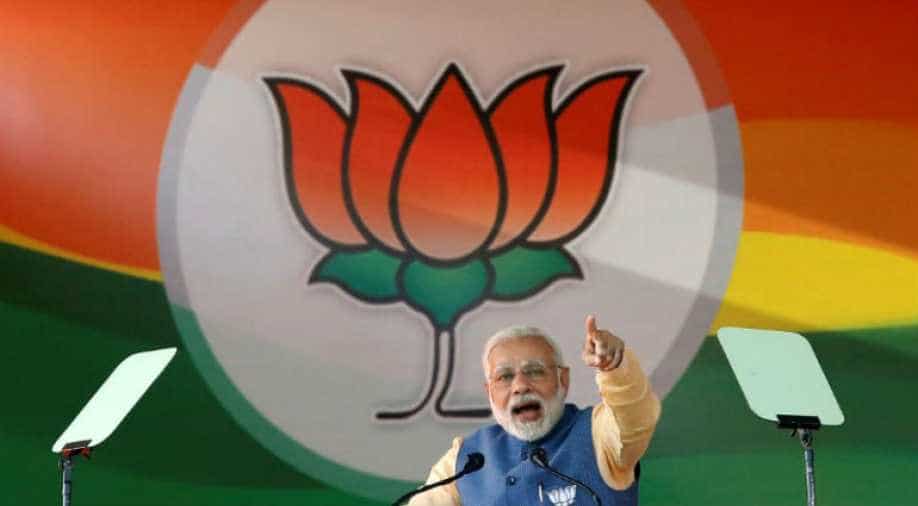 The results of the Karnataka elections will be announced on May 15th for the 225-member state assembly.

The PM will be addressing a rally in Vokkaliga-dominated Mysuru as BJP-led ex-chief minister Yeddyurappa attempts to run the last leg of the poll campaign from today.

The prime minister is expected to address more than a dozen rallies in five days. This will be PM Modi's first visit to the southern state since the Assembly election dates were announced.

Prime minister will kickstart his election campaign from Chamarajanagar district, where he will address a public rally in Santhemaranahalli at 11am.

His next stop will be at Udupi at 3pm where he will visit Krishna Mutt and take blessings of the Pejawar seer before addressing a public rally at AGM College Ground at 3pm.

Later in the day, he will address another public gathering in Chikkodi at 6pm.

The Karantaka polls which are due to be held on May 12th is witnessing a heated battle between the ruling Congress and the BJP with the JD(U) determined to play the role of a "kingmaker".

Congress president Rahul Gandhi has already visited all 30 districts in the state, followed by BJP president Amit Shah. Modi's rallies today will be closely watched by political pundits with the polls just 11 days away.

Chief minister Siddaramaiah has left no stone unturned in pulling his weight during the election campaign openly attacking Modi and the BJP. The Karnataka chief minister will be fighting the state polls from two seats - Chamundeshwari and Badami.

Amit Shah had recently held a rally in  Karnataka's Tumkur district, he also visited the Duggamma Temple in Davanagere. Rahul Gandhi had visited the area earlier. The Congress has already released its manifesto, however, the BJP is yet to release its vision statement.

The results of the Karnataka elections will be announced on May 15th for the 225-member state assembly.

There are  2,655 candidates in the fray for the polls.