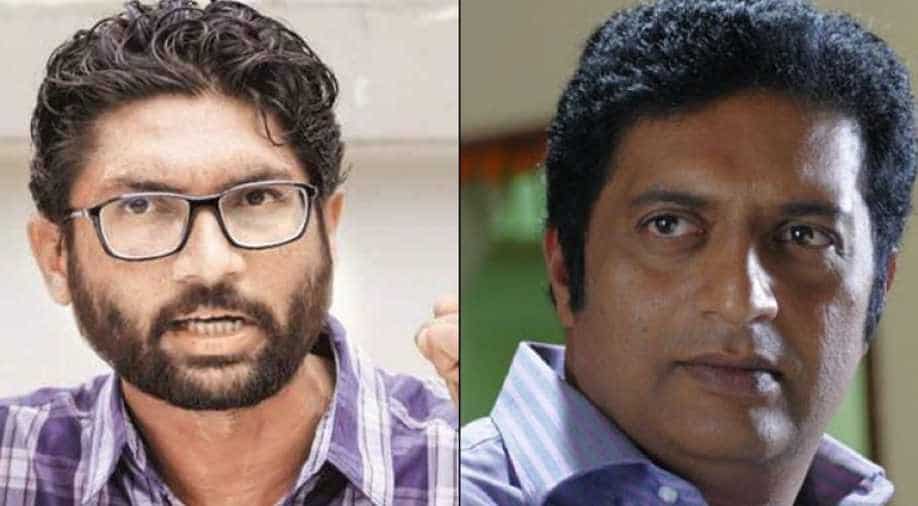 The complaint,&nbspregistered with the&nbspChief Electoral Officer on Monday, states that while addressing a speech at an event in Bengaluru on April 29 Mevani called the PM "a corporate salesman and a thief who has looted the country".

The letter added that Mevani and Prakash Raj have been constantly involved in jeopardising PM Modi and Yeddyurappa's image.

The complaint also requested the Election Commission to not to grant any permission to Mevani or Raj for holding any indoor or outdoor meeting in the state till the polls.

The BJP has also registered a complaint against senior politician AK Subbaiah for saying "Yeddyurappa along with his fiancee would run away once polls results are out".