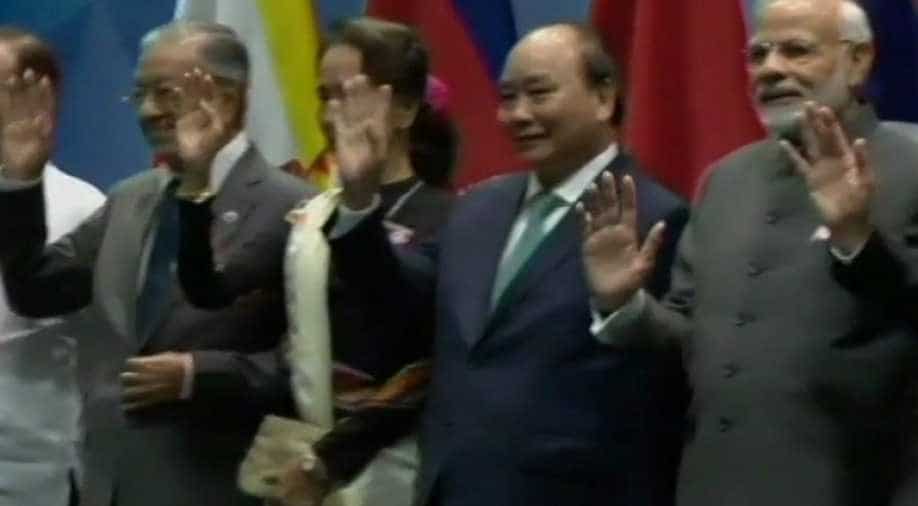 The 13th East Asia Summit will be held in two segments on Thursday- the East Asia Lunch Retreat followed by the EAS in a plenary setting.

"The ASEAN meetings, they are annual meetings and they are very integral part of our diplomatic calendar. It is where India engages with the ASEAN countries essentially because we have a very active Act East Policy, we have continued engagements with our Eastern neighbours," Vijay Thakur Singh, the Ministry of External Affairs (MEA) Secretary (East) had said at a media briefing on November 12.

The 13th East Asia Summit will be held in two segments on Thursday- the East Asia Lunch Retreat followed by the EAS in a plenary setting. Prime Minister Modi will emplane for India after the EAS' conclusion.

This will be Prime Minister Modi's fifth engagement with EAS since the summit's inception in 2005.The leaders of the member nations are slated to discuss international development issues like ICT, Smart Cities, Maritime Cooperation, Education, Finance, Food Security, Environment and Energy at the EAS.

The Prime Minister became the first head of government to deliver the keynote address at Singapore Fintech Festival on November 14, where he shared India`s financial inclusion story that has transformed governance and delivery of public services.

He then launched the Application Programming Interface Exchange (APIX) with the Deputy Prime Minister of Singapore T Shanmugaratnam.

"Prosperity through partnership. PM @narendramodi had a warm meeting with @VP of United States Michael Pence in #Singapore. Productive discussion on all aspects of global strategic partnership based on growing convergence of interests on regional and global issues," Raveesh Kumar, MEA's Spokesperson had tweeted after Prime Minister Modi met with US Vice President Mike Pence.

Lastly, Prime Minister Modi attended the gala dinner hosted by Loong, before calling it a day in Singapore.

India and ASEAN celebrated 25 years of their engagement in 2017, which culminated in the India-ASEAN Commemorative Summit on January 25th this year. The summit was followed by the participation of all ASEAN leaders in India's Republic Day celebrations as chief guests.