PM Modi thanks people for 'golden term' on first anniversary of NDA 2.0 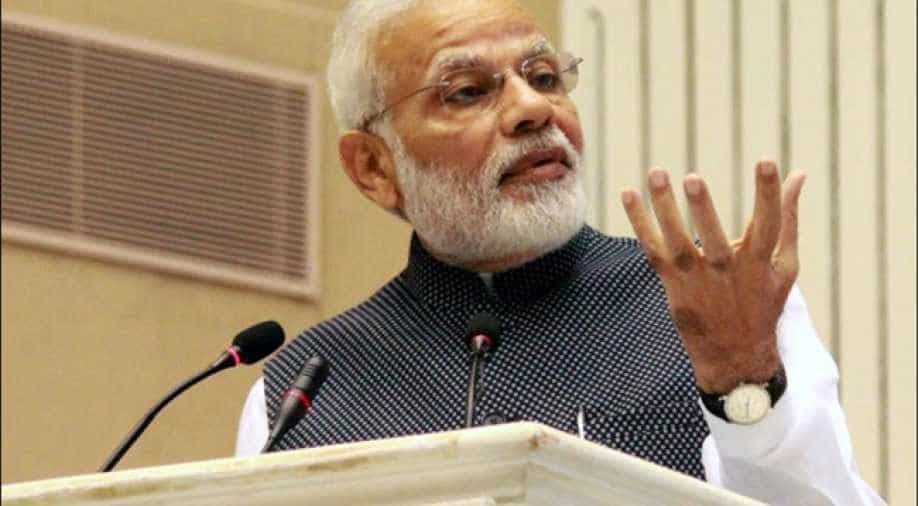 Terming this as the "golden chapter", he thanked the people of India for voting back a full-term government with a full majority, after decades.

Narendra Modi's government has completed one year of its second term. On this occasion, he wrote a letter to the people of the country listing out several initiatives, achievements and big decisions taken by his government.

"Once again, I bow to the 130 crore people of India and the democratic ethos of our nation. During normal times, I would have been in your midst. However, the present circumstances do not permit that. That is why I seek your blessings through this letter," said Prime Minister Modi.

Terming this as the "golden chapter", he thanked the people of India for voting back a full-term government with a full majority, after decades. "The way you have showcased the collective strength of democracy is a guiding light for the whole world."

He focused on how Modi government has brought down the hammer on corruption and "how the administrative apparatus broke itself free of status quo and from the swamp of corruption as well as misgovernance."

He said the re-election of his government was crucial for the development of this nation. "From 2014 to 2019, India's stature rose significantly. The dignity of the poor was enhanced. The nation achieved financial inclusion, free gas and electricity connections, total sanitation coverage, and made progress towards ensuring 'Housing for All," he said.

Highlighting the achievements of his government, he said, ""India demonstrated its mettle through the surgical strike and airstrike. At the same time, decades-old demands such as OROP, One Nation One Tax- GST, better MSP for farmers were fulfilled."

However, he did acknowledge the public discourse on few decisions too. "Article 370 furthered the spirit of national unity and integration. The Ram Mandir judgment, delivered unanimously by the Supreme Court of India, brought an amicable end to a debate persisting for centuries. The barbaric practice of triple talaq has been confined to the dustbin of history. Amendment to the Citizenship Act was an expression of India's compassion and spirit of inclusiveness," said Prime Minister Modi while adding that there have been "many other decisions that have added momentum to the nation's development trajectory."

He expressed his pleasure about Mission Gaganyaan and requested people to join in on his mission and slogan of 'Sabka Saath, Sabka Vikas'.

He also assured people that he is confident that the nation will win against the pandemic.