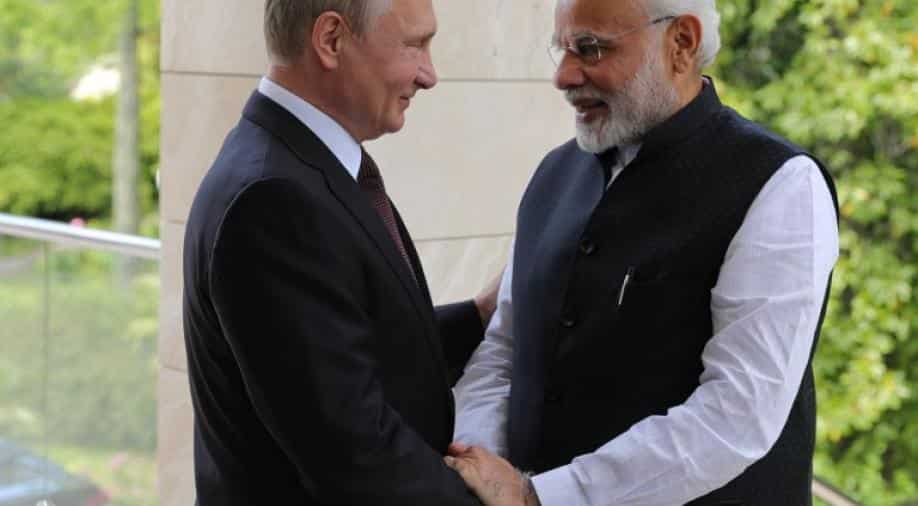 In a statement, India's Ministry of External Affairs (MEA) said,"They exchanged ideas on how bilateral trade in agricultural goods, fertilizers and pharma products could be encouraged further."

Indian Prime Minister Narendra Modi and Russian President Vladmir Putin on Friday (July 1) held a telephonic discussion about food security, energy and trade. The talks took place amid rising prices of food commodities globally. The conflict between Russia and Ukraine is the major reason behind the price rise.

In a statement, India's Ministry of External Affairs (MEA) said,"They exchanged ideas on how bilateral trade in agricultural goods, fertilizers and pharma products could be encouraged further."

Russia and Ukraine are both major exporters of wheat, especially to developing countries. Conflict between them has caused wheat prices to shoot up.

Amid all this, India has exported 1.8 million tonnes of wheat to countries in need, including Afghanistan, Myanmar, Sudan and Yemen in last two months.

A Kremlin readout said that President Putin pointed at 'illegitimate sanctions' from the West that have made situation with respect to commodity and energy prices difficult. The readout said that Putin assured that Moscow is a 'reliable partner' for food, energy supply.

Both leaders also discussed "global issues, including the state of the international energy and food markets", MEA said. India has emerged as a major country importing discounted Russian crude oil despite western sanctions. In a foreseeable future, the imports are set to increase even as US and Europe shun Russian energy, particularly crude oil.

This is the fourth telephonic talk between the two leaders. They spoke on February 24, and twice in the month of March (2nd and 7th). It is important to note that the telephonic discussion came days after PM's participation at the G7 outreach summit in Germany. The issue of Russia-Ukraine conflict naturally came up during the talks and the Indian side reiterated its call for 'dialogue and diplomacy.'