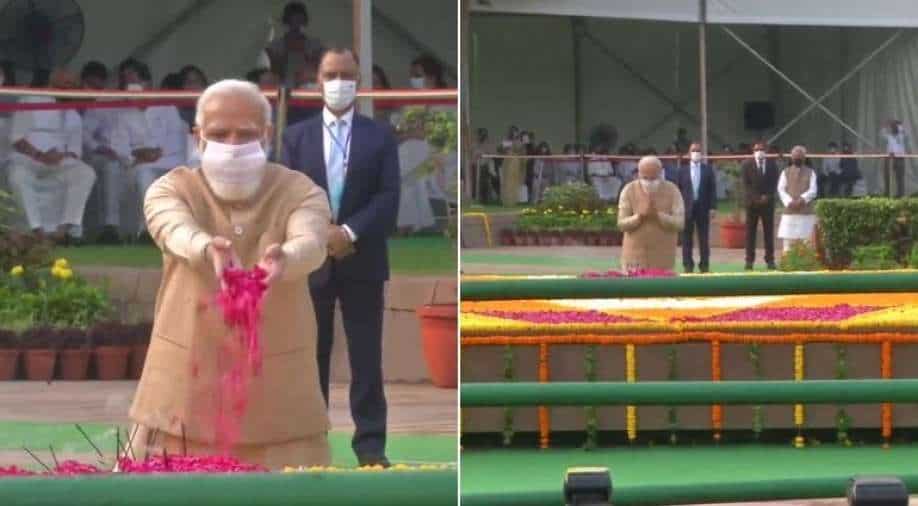 On the occasion of the birth anniversary of Mahatma Gandhi, Indian Prime Minister Narendra Modi visited Raj Ghat to pay tributes to the ‘father of the nation’.

"Tributes to the Father of the Nation Mahatma Gandhi on his birth anniversary. I bow to respected Bapu on Gandhi Jayanti. The life and ideals of Pujya Bapu will continue to inspire every generation of the country to walk on the path of duty. His noble principles are globally relevant and give strength to millions," he tweeted.

I bow to respected Bapu on Gandhi Jayanti. His noble principles are globally relevant and give strength to millions.

Mohandas Karamchand Gandhi, popularly known as Mahatma Gandhi, was born on October 2, 1869, in Porbandar town of Gujarat state of India.

Gandhi was an ardent supporter of non-violence and a supporter of peace. In memory of him and to promote his values, October 02 is celebrated as International Day of Non-Violence all over the world.

United Nations Secretary-General Antonio Guterres also reiterated his calls for peace on this occasion. “On this International Day of Non-Violence - Gandhi's birthday - let's heed his message of peace, and commit to building a better future for all,” he tweeted.

"Tributes to former Prime Minister Lal Bahadur Shastri ji on his birth anniversary. His life based on values and principles will always remain a source of inspiration for the countrymen," he tweeted.

Shastri was also born on the same day as Mahatma Gandhi in 1904 in Mughalsarai district of Uttar Pradesh. Known for leading the country through an India-Pakistan war in 1965 and coining the popular phrase ‘Jai Jawan Jai Kisan’, Shastri lost his life to a cardiac arrest on January 11, 1966.