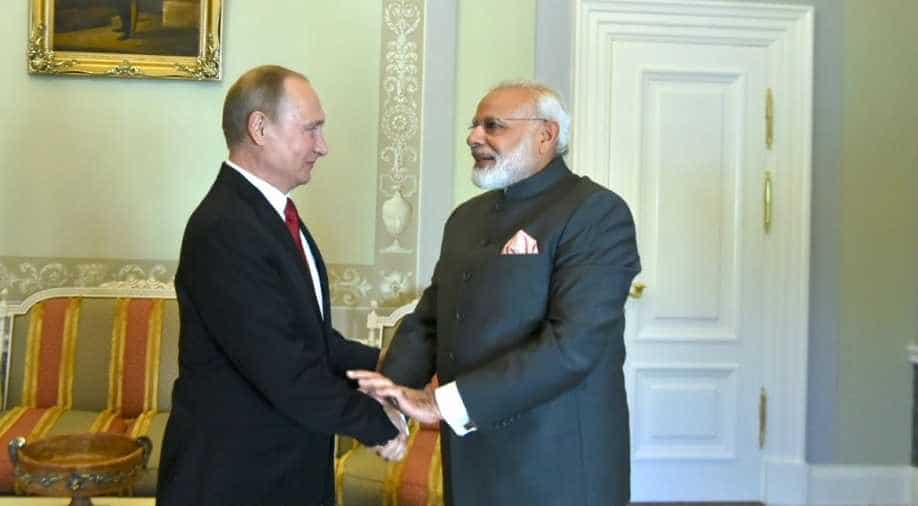 The Indo-Russian nuclear deal, which is estimated to worth over Rs. 4,50,000 crores, could also be on the cards

Prime Minister Narendra Modi reached Sochi, Russia, on Monday afternoon to meet Russian President Vladimir Putin in the first-ever informal summit. According to reports, the summit may be held at Putin's private villa where the President had previously hosted German Chancellor Angela Merkel.

During the summit, both the leaders will discuss international matters, "in a broad and long-term perspective with the objective of further strengthening our special and privileged strategic partnership," noted a release from the Ministry of External Affairs. According to reports, the two leaders will meet for around four to six hours for "agenda-less" talks.

Greetings to the friendly people of Russia. I look forward to my visit to Sochi tomorrow and my meeting with President Putin. It is always a pleasure to meet him. @KremlinRussia_E @PutinRF_Eng

Some of the key topics of discussions between India and Russia may include the Syrian crisis, US pullout from the Iran nuclear deal, denuclearisation of the Korean peninsula and the economic impact of US trade sanctions.

Issues around national and regional development, bilateral ties would also emerge at the top of PM Modi's agenda during his visit to Sochi.

Am confident the talks with President Putin will further strengthen the Special and Privileged Strategic Partnership between India and Russia. @KremlinRussia_E @PutinRF_Eng

Indo-Russian atomic energy cooperation could get a fillip at Sochi. The Indo-Russian nuclear deal, estimated to worth over Rs. 4,50,000 crores, could also be on the cards.

Russia's president Vladimir Putin had previously noted that there is no other country in the world except for India with which Russia has 'deep cooperation' in delicate areas such as missiles.

PM Modi will be welcomed in the decked up city of Sochi which is all set to host to 2018 FIFA World Cup next month.

According to reports, PM Modi is slated to meet with his Russian counterpart later in the year at a formal India-Russia Summit in October.