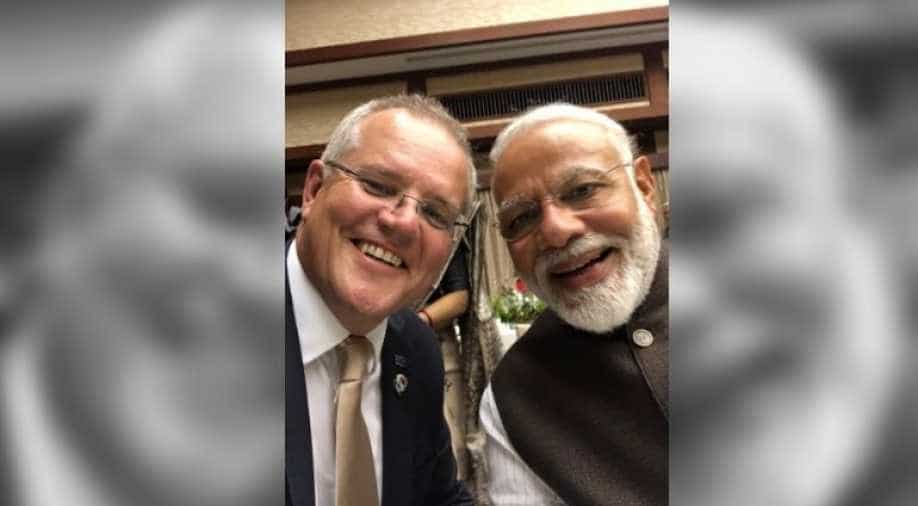 Meeting with President Xi came towards the end of the summit and both the leaders were seen interacting with each other.

Prime Minister Narendra Modi met with a whole host of leaders Chinese President Xi Jinping and Turkish President Recep Tayyip Erdoğan among others on the second and final day of the 14th G20 Summit before his departure to New Delhi on Saturday.

Meeting with President Xi came towards the end of the summit and both the leaders were seen interacting with each other.

During PM Modi's bilateral with Erdogan, the latter raised his country's deal with Russia for S400. The US has threatened sanctions on Ankara if Turkey goes ahead with the deal.

External Affairs spokesperson Raveesh Kumar said, "There was a general discussion as to how the two countries can cooperate in defence cooperation and see on the possibility of working together".

Modi started the day with meetings with Brazilian President Jair M. Bolsonaro and Indonesian President Joko Widodo. During the meet with the Indonesian president, the focus was on defence, Indo-Pacific and trade.

PM had visited Indonesia last year and established a comprehensive strategic partnership. Both are also looking at maritime connectivity, especially, between the westernmost Indonesian province of Aceh and India's the Andaman Islands.

Mate, I’m stoked about the energy of our bilateral relationship! @ScottMorrisonMP https://t.co/RdvaWsqlwY

All in all, the PM had nine bilaterals and 8 pull-asides at the G20 besides participating in two trilaterals - JAI, RIC - and the BRICS informal meet.