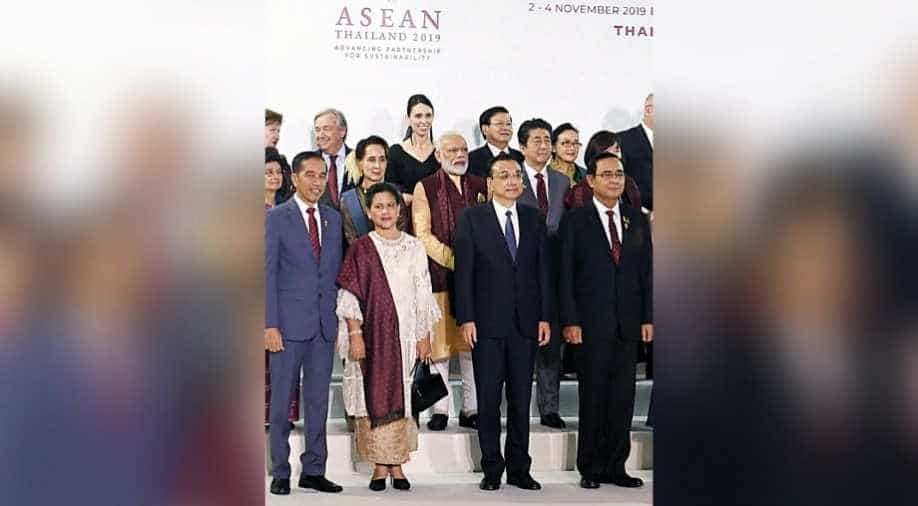 Prime Minister Narendra Modi in a group photograph with the other leaders, during the Gala Dinner, in Bangkok, Thailand. Photograph:( ANI )

Later in the day, PM Modi is slated to participate in the 14th East Asian Summit.

Later in the day, PM Modi is slated to participate in the 14th East Asian Summit.

Earlier, Modi met his Japanese counterpart Shinzo Abe on the sidelines of the ASEAN Summit and held a delegation-level meeting where they welcomed the increase in economic engagement between the two nations and reviewed the progress on Mumbai-Ahmedabad High-Speed Rail project previously signed by the two countries.

Prime Minister Modi will also attend the Regional Comprehensive Economic Partnership (RCEP) Summit, where the leaders of the member countries will review the state of negotiations which are ongoing in Bangkok currently and will continue over the next few days.

After concluding the summit, Modi is scheduled to depart from Don Mueang International Airport Bangkok to Delhi at 10 pm (Local time).