PM Modi addresses CMs on COVID-19 amid spike in cases 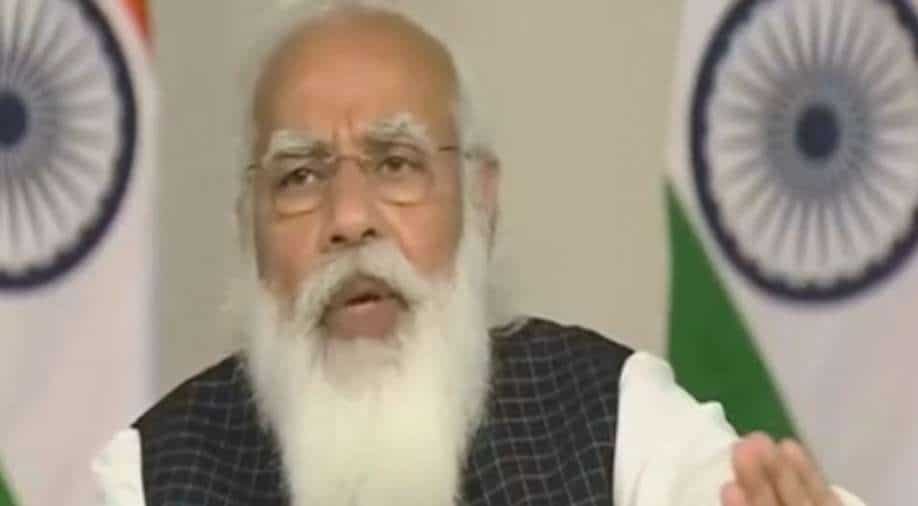 In the last 24 hours, India reported 28,903 new coronavirus cases, according to the health ministry, out of these nearly 17,864 new cases have been reported in Maharashtra alone.

Prime Minister Narendra Modi on Wednesday chaired a meeting with all state chief ministers as India witnesses a sudden spike in coronavirus cases.

"Most of the COVID-affected countries in the world had to face several waves of the virus. In our country too, cases have suddenly started increasing in some states," PM Modi said.

In the last 24 hours, India reported 28,903 new coronavirus cases, according to the health ministry, out of these nearly 17,864 new cases have been reported in Maharashtra alone.

The recent spike in cases has taken India's overall case count to over 11.43 million.

"Today in India more than 96 per cent of the cases have recovered. India is one of those countries where the fatality rate is one of the lowest," the Indian PM said during the meeting.

"Increase is being seen in many districts that had protected themselves so far and were kind of safe zones. Seventy districts have seen an increase of more than 150 per cent in the last few weeks. If we don't stop it, a situation of nationwide outbreak can come up," the PM told the CMs.