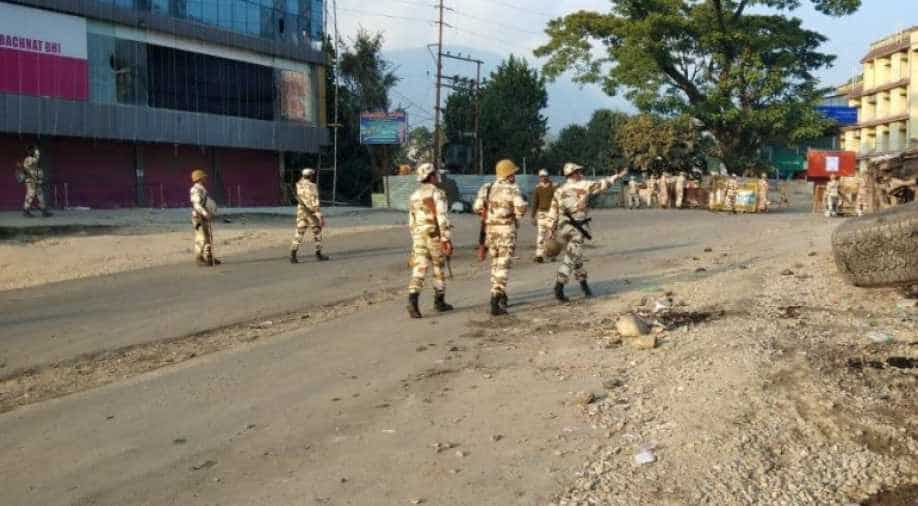 The protest got violent after one person was killed in the police firing on Friday night. The district administration has called in the army to maintain law and order in the city.

Protests over the permanent residence certificate (PRC) row further intensified in Itanagar with the protesters going on a rampage on Sunday.

They set on fire the private house of Deputy Chief Minister Chowna Mein, burnt various vehicles and vandalised even police and fire stations in the capital.

Security has been beefed up in and around important buildings and the residences of important politicians including Chief Minister Pema Khandu.

Protesters even tried to march towards the CM residence, but security forces foiled their bid.

Many people are said to have sustained injuries in the stone pelting.

The protest got violent after one person was killed in the police firing on Friday night. The district administration has called in the army to maintain law and order in the city.

Locals are protesting after the state government appointed Joint High Power Committee (JHPC) recommended granting PRC to six communities, who have been living in Namsai and Changlang districts of the state for decades.

The decision to grant PRC to them will allow them to benefit from various welfare and other schemes. JHPC recommended PRC to six communities after having a detailed discussion with all stakeholders, but nearly 18 student and civil society organisations are protesting against the move. They are against giving PRC to non-Arunachalees.

However, Chief Minister Khandu has clarified that the government did not intend to bring any Bill to push PRC forward and has even announced not to discuss the issue in the Assembly. He has, however, stated that he would like to have wider consultations with all stakeholders on the issue of PRC in near future.

Home Minister Rajnath Singh has appealed to the people of the state to maintain peace. He called up Chief Minister Khandu and took stock of the prevailing situation in the state.